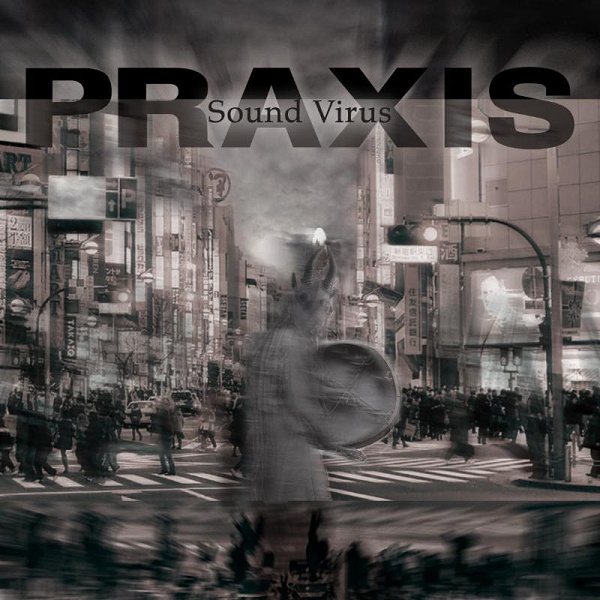 Sacrifist (1993) and Metatron (1994) stand as a pinnacle (or nadir, in some opinions) of the cross-fertilization between brutal heavy rock and the avant-garde. And while other Praxis albums have touched on other things (funk, world music, electronics, and so on), those two held a tight focus on over-the-top noisy experimentation. Sound Virus is billed as “re-stored, edited, enhanced and remastered” versions of tracks from them, which makes it “not a compilation.” Whatever you say, guys – I’m guessing that most people who love the original albums would probably want this, and we wouldn’t want to discourage them. As for myself, it’s been so long since I heard either of them that I’d hesitate to make any comparisons whatsoever. Listening to this music now, it certainly doesn’t sound dated – while many other bands have entered into this general space since Praxis sort of invented it, these guys had their own thing. That’s due in large part to the prodigious and eccentric talents of the musicians involved. Leader Bill Laswell’s bass is mind-boggling in its variety, sounding funky with crazy effects one minute, then crushing the low end with improbable levels of distortion the next. The guitar is handled (and mis-handled) by Buckethead, whose name at the mere mention will conjure up ridiculous flurries of notes (and goofy narratives about chickens, but we needn’t go there). This album finds him occasionally indulging those tendencies (the guitar part anyway), but also delving much further into some really freaky territory, with his effects pedals seemingly taking over and declaring war on such trivialities as keys, notes, and scales. “Puny humans with the pathetic sounds you call music, you have no idea what realms of sound lie beyond!” Brain provides the rhythmic backbone, mostly in the neighborhood of overdriven pummeling on the drums, but with some respite for breathing, if not actual relaxation. John Zorn shows up for some squawking and squealing on the sax from time to time; Mick Harris of Napalm Death and Yamatsuka Eye of the Boredoms provide some manic vocalization. In all of this, it’s impossible to make out how much of the sound was produced by the original musicians and how much is the result of the aforementioned “enhanced” thing. But that’s neither here nor there. For anyone not afraid of music that gets really noisy, this is an essential release, and a master class in both avant-metal and creative production.