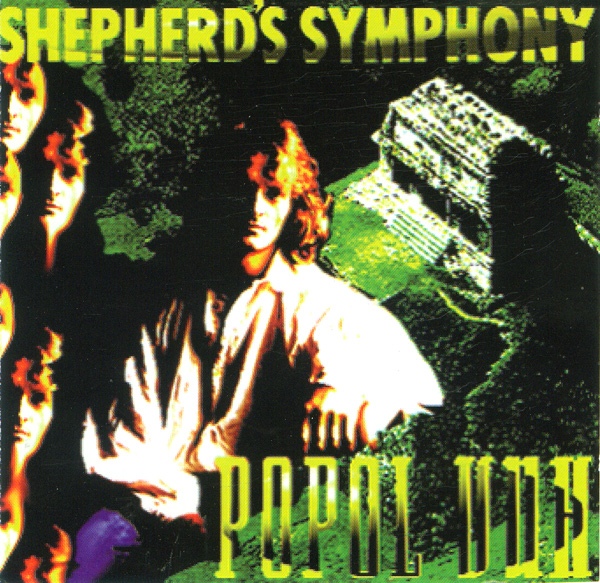 Those of us who grew up listening to Popol Vuh in the 70s recall a sound that was at times haunting and other times shimmering and uplifting. Regardless of the album, Popol Vuh created atmospheres that were mystical. The news of a new release, Shepherd's Symphony, was quite exciting and created a sense of great anticipation. Unfortunately my hopes were dashed when the music started flowing out of my speakers. Gone was the magical, floating guitar of Daniel Fichelscher. Gone was the focus on melody and mood. The music of the new Popol Vuh is based upon rhythm, and dance rhythm at that! The dominant forces in the music are a drum machine and electric keyboards, with a focus on a techno / trance / dance sound. As such it is a somewhat interesting disc, but the metamorphosis from the earlier version of Popol Vuh was rather shocking. There are (sampled?) female vocals featuring exotic scales on many of the tracks but they do not compare favorably to the warm and haunting sounds of Djong Yun on earlier releases. One never wants to live in the past, but in this case I have a strong preference for the previous incarnations of Popol Vuh. Shepherd's Symphony is not without its moments, but my recommendation is to search out the 1974 release, Einsjager & Siebenjager, or the classic soundtrack to Nosferatu. You will experience Popol Vuh at its finest.