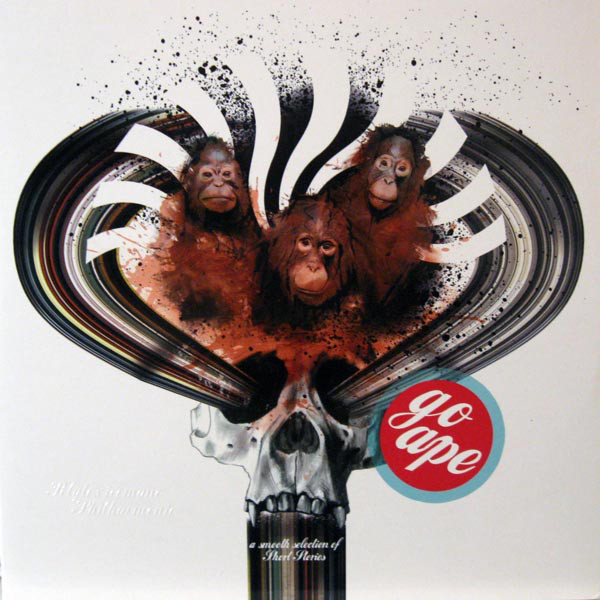 It seems that this modern German outfit transmuted into the Chickencage Experience and never went back, but they went out on a high point with this radical and surprising double album. In a genre where so many bands are still aping the Ozric Tentacles, going stoner rock or some sort of doomy hybrid of the two, Polytoxicomane Philharmonie really brought forward the essence of German 70s music and not just one small segment of it. In the mix they cover everything from Embryo-style jazz rock to the deep Kosmiche experimentation of Ash Ra Tempel, Walter Wegmuller, and the like. Most importantly, they have clearly absorbed the musical history of their country and have managed to say something new about it with a personality that is in many ways analogous to Gong, but uniquely their own. The titles, based on a nearly incomprehensible concept story in the booklet, seem quite early Amon Düül II inspired and the lyrics and approach all give the album an original color. The musicianship is extremely strong but due to the art it also seems like the lineups shift quite a bit, at the beginning you really have a full band doing a Schneeball-ish jazz rock but by the last side long piece you're almost in electronic, looping territory. I had taken a risk on this when it came out based on their debut, Psycho Plays Erectus, which was a great if more inside work, but could not have imagined how they would develop in the interim years. Unfortunately this wasn't well distributed in the US when it came out so it's not nearly as well known as it should be, but it does look to be in print via the label on Discogs. It's a modern classic.

Apparently this is the fourth release by this German five-piece that’s somehow flown under my radar since their 2003 debut. The fact that there are only eight tracks spread across these two 46-minute discs might provide the clue that there are some mighty intense extended jams to be found herein. And psychedelic they are, seemingly with one foot in the 70s and the other foot firmly in the future. In fact four of the cuts are side-long, with most of the others clocking in around the nine-minute mark. The band – all members are identified only by aliases – features guitar, tenor and soprano sax, bass clarinet, bass, keyboards, drums, percussion, and xylophone, with male and female vocals, sometimes harmonizing. Each of the pieces is composed, but allow plenty of space for improvisation and experimentation, and have a definite live feel throughout. Distorted blistering wah-wah guitars scream and burn along with the saxes while the rhythm section is amazingly effective at propelling the sound forward. There are some middle-eastern influences present on a few of the tracks, as well as some sinister sounding vocal exchanges, random spoken parts, as well as jazzy and floating space interludes, but the main thrust is hard-driving peak-power psychedelic rock. Points of reference might include You era Gong, classic Amon Düül II (Wolf City or earlier), and some albums of recent vintage by Motorpsycho. The CD version is packaged in this oversize (for lack of a better term) comic book. A great set, beginning to end.