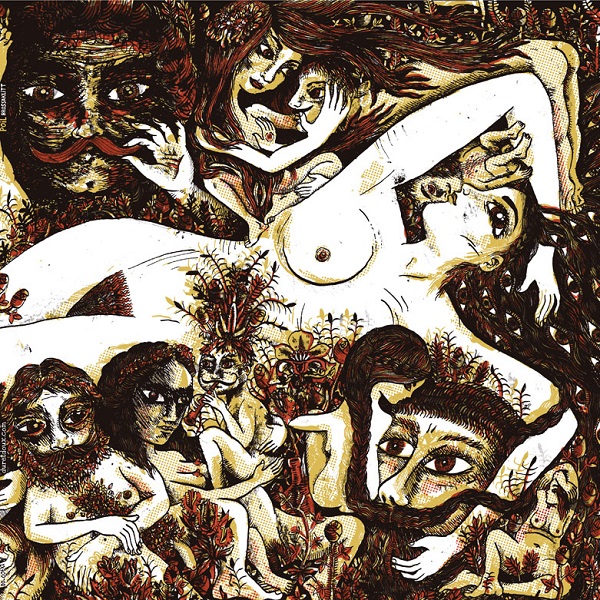 Madness comes in many forms, and this, the third release by this French avant-garde trio, gives the listener a full dose and takes no prisoners. Sometimes I want to just cover my ears and run from the room screaming, looking for the nearest bottle of Excedrin to ease the pain, and at other times I find myself acutely aware of my own bewilderment. Somewhere in there, one will find brutally enforced uber-complex rhythms in various impossible time signatures, driven by keyboards, bass and drums, with an abundance of electronics, unpredictable, jagged and angular with a lot of repetition delivered at breakneck speed, and bizarre vocals in some alien language shared by all three members, with some occasional spoken parts in French as intros or interludes, and within that some humorous bits. The fourth track “Patachou” seems to be based on a version of Kecak though delivered with manic abandon. There are some moments of repose and outright melodic genius that appear throughout the album’s nine cuts, but it’s never long before it mutates into something more thrashy and convulsive. Despite all this, PoiL delivers some charm, something that may not be apparent on the first few listens, but reveals itself over time on multiple plays. Sometimes one might be reminded of another French band, Xhohx, from a few years back, or perhaps a head on collision between Etron Fou and Ruins, but then again, maybe not. Best check them out for yourself on their Bandcamp page. Fans of the whole RIO scene will no doubt find plenty of interest here.