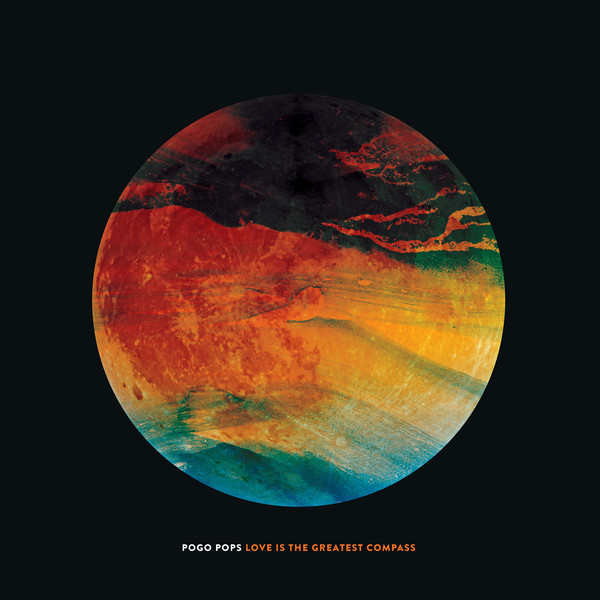 If you’re yearning for the Golden Age of 80s pop-rock, when bands like The Church, Style Council, New Order, and Crowded House were at their peak and a catchy melody backed with jangly guitars and a hint of psychedelia wasn’t a sure ticket to oblivion, you’ll enjoy this offering from Pogo Pops, a Bergen band that’s been around for quite some time without making much of an impression outside Norway, though they’re regarded as a precursor and inspiration for bands like Kings of Convenience and Röyksopp. They released four albums in the 90s, then broke up, but reformed and resumed recording in 2009. Love Is the Greatest Compass is the third release from this second phase of the band, and their first on Apollon Records. Lead singer Frank Hammersland has a pleasant voice that often reminds me of Steve Kilbey of The Church, and the songs are all written intelligently, with a good balance of consistency and variety. The title track is a driving psych tune reminscent of Julian Cope, and "Curtains" is a trippy drone with dreamy keyboards and spaced-out effects. The album has a dreamy, sunny quality that is eminently listenable and should appeal to fans of the new wave of psych bands found on Mega Dodo and Fruits de Mer. And for this fan of avant-garde and experimental music, Pogo Pops provide a nice change of pace, a kind of palate cleanser free of dissonance and difficult sounds.