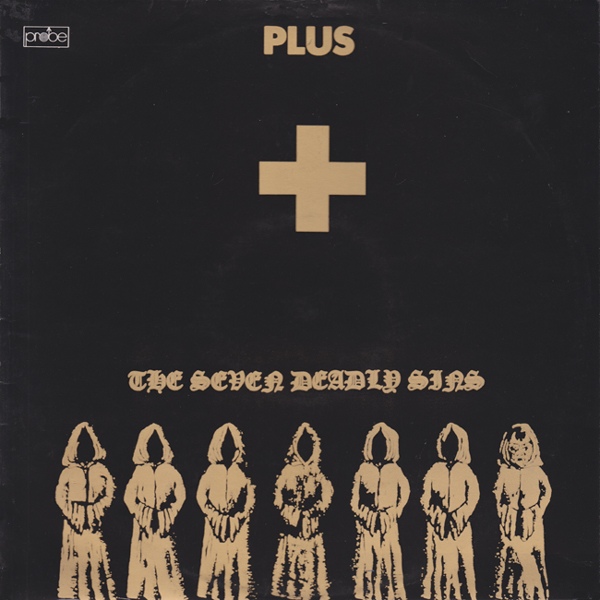 One look at the cover and it should be clear that producers Simon Napier Bell and Ray Singer (who also penned about six of the tracks here) were trying to capitalize on the look and feel of Jesus Christ Superstar with this concept album that is laid out like a Catholic mass. The only musicians credited are Tony Newman (guitar), Max Simms (bass), and Mike Newman (drums); there are also vocalists (an entire choir on a couple tracks), piano, organ, violins, cellos, and much more – which naturally leads one to believe this is more an album by the two producers, than that of the “band,” although the Newman brothers are credited with writing the remaining five songs. So what’s it all about? Imagine an eclectic mix of sixties styled rock and pop songs (early Who or pre-psychedelic Beatles might be a fair comparison) separated by short dissonant string quartet interludes, short spoken introductions, with some classical rips (the “Toccata” with the choir singing the names of the sins over and over is quite ridiculous, as is the silly doo-wop meets Elvis “Dismissal,” but the bombastic “Devil’s Hymn” for choir and band is quite cool, with its jazzy center section). The meat of the album is in the songs though, all of which sound a little dated (even by 1969 standards) but are still quite good. From the poppy “Envy: I’m Talking as a Friend” and “Pride,” to the out-and-out rockers “Sloth: Open up Your Eyes” and “Gluttony: Something is Threatening Your Family,” the song-craftsmanship and arrangements throughout are at a very high level. Probably not for everyone, but those into 60s styled eclecticism might do well to check it out.