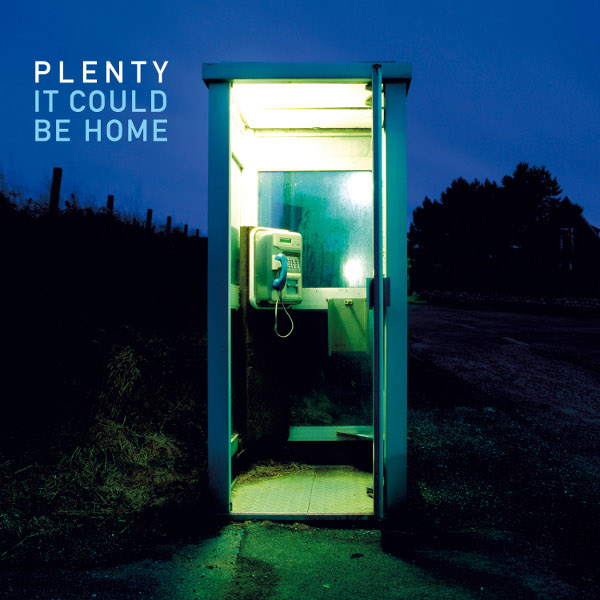 Many of our readers will be familiar with Tim Bowness from his work with No-Man and Samuel Smiles, and possibly releases under his own name as well, but Plenty is a project that might have faded into obscurity as an obscure footnote in his discography until the appearance of It Could Be Home. His recorded career actually stretches back to the early 80s and a group called Always the Stranger (later renamed After the Stranger with the addition of Michael Bearpark). When that group ended, he and Bearpark teamed up with two members of a band called A Better Mousetrap (Brian Hulse and David K. Jones) which released a couple of singles in 1987. Together they became Plenty and recorded a number of promo cassettes, but for one reason or another, no album ever resulted, and the group called it quits in 1990, with Bowness joining forces with Steven Wilson in No-Man (which originally played some songs from the Plenty repertoire) and Bearpark ending up in Darkroom by way of session work. Then a few years ago, Bowness, Hulse, and Jones got the band back together to put out a proper Plenty album, re-recording material from their original cassettes. While Bearpark is no longer a full-time member of the band, he does provide guitar on a couple of tracks. Listeners familiar with No-Man will find many reference points, as Plenty sounds very much like No-Man infused with sophisticated 80s pop. Bowness, with his soft, breathy voice, is the most distinctive feature, instantly recognizable, sounding sensitive and relaxed even on the upbeat tunes. For my money, it is the upbeat tunes that are the best, with the mellower, atmospheric songs being indistinguishable from Bowness’ other work. But “Climb,” “Hide,” and “Broken Nights” bring forth some energy, and are among the highlights. Their cover of the Rolling Stones classic “As Tears Go By” is another winner, taking the song in an unexpected direction, almost like a really mellow Japan song. It Could Be Home is a masterfully produced example of atmospheric pop music, intelligently written and arranged, with some of the appealing aspects of 80s music in a setting free of the less appealing factors (gated drums, sterile keyboards, and so on).