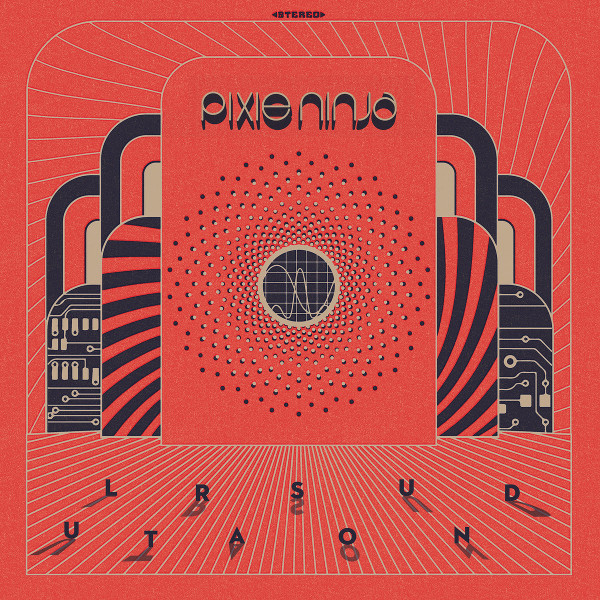 Pixie Ninja is yet another in the succession of recent bands from Norway who approach progressive rock in a distinctive way. The group was formed by two multi-instrumentalists, Jostein Haugen and Marius Leirånes, who recruited Mattias Olsson of Änglagård to play drums and Johan Hals Jørgensen to handle the more technical keyboard parts; Ketil Vestrum Einarsen of White Willow contributes flute to one track as well. The music on Ultrasound ranges from spaced-out and nearly ambient, as on the first five minutes of the first track, to driving workouts like “Elusive the Wind Vane,” where a fast beat underlies flute improvisations and eerie chords from a Mellotron. The short piece called “Une Promenade” is a meditative piano solo, while “Polysomnographic” evolves from quiet keyboard chords with indistinct voice samples into another energetic drum groove, this one combined with multiple keyboard parts that intertwine elegantly over a distorted bass part. The album’s longest track is “Personal Improvement Cult,” 11:20 of slow-building intensity that gradually accumulates parts over its first five minutes, then drops down to build back up with a faster tempo and a throbbing marimba line. It finishes off with a section with a Tubular Bells like motif that adds other keyboards and rhythms to build up again, then drifts away with piano chords. The use of heavily fuzzed bass occasionally brings to mind King Crimson, but the keyboards are pure Scandinavian prog melodicism tempered by some mid-70s German atmospherics, and Olsson’s drumming is powerfully propulsive. Pixie Ninja is off to a great start, with a distinctive style that should appeal to many listeners.