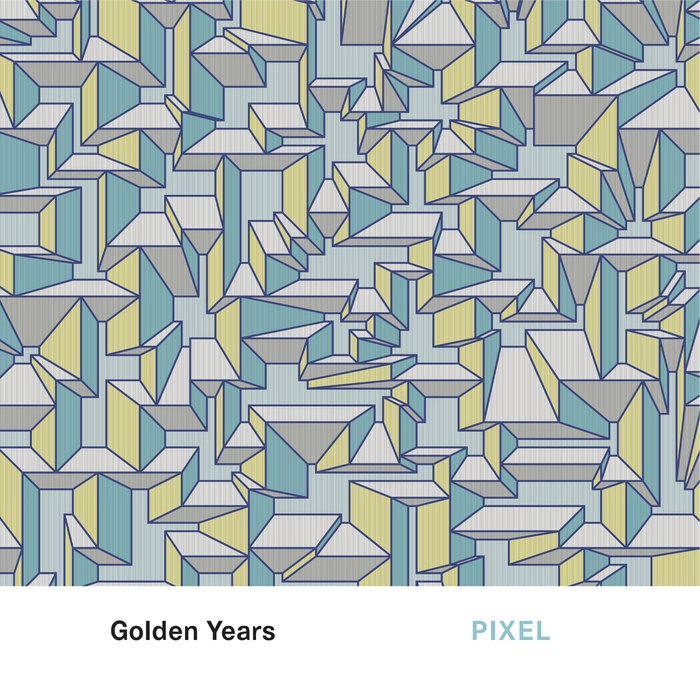 If you think you had this Norwegian quartet all figured out based on their two earlier Cuneiform releases Reminder (2012) and We Are All Small Pixels (2014), better think again. Golden Years is very different from its predecessors, seeming to branch out into a number of new directions, yet their sound is still recognizable as Pixel. The players are the same as on previous releases, although the writing is divvied up more equally between the members, including a couple numbers written in collaboration. In an overall sense, much of the material seems a little darker, more sparse, and tranquil. Such is certainly the case on the opener “Rainforest” penned by double-bassist and de-facto bandleader Ellen Andrea Wang, where a slow paced rhythm groove with drummer Jon Baar is painted in coloful melodies with trumpet and saxes by Jonas Vemøy and Harald Lassen respectively, eventually being joined with some stirring wordless vocals. On “Nothing Beats Reality,” composed by Lassen, things are moving at a somewhat brisker pace with drum riffing through the entire five minutes while trumpet and saxes weave some memorable melodic threads, again, joined by wordless voices midway through and some masterful sax wailing. A hauntingly unique and almost a-capella vocal arrangement leads off the Vemøy penned “Slinky,” a slower and more deliberately paced proposition, later moving into more conventional vocal harmonies and inspired jazz arrangements. Set closer “Airborne,” written by drummer Baar, is a beautiful big-band orchestral arrangement lasting just a little over one minute, and surprisingly features no drums or percussion whatsoever. Many other surprises await in these eleven cuts; the band seems to have deliberately eschewed repeating what they have done before in favor of experimenting with a lot of new ideas.

Phased - Medications – The promo sheet says something about Black Sabbath crossed with Hawkwind, and for once you can take that at face value. Heavy, spaced-out rocking good fun, skeletal imagery notwithstanding. These guys...  (2008) » Read more