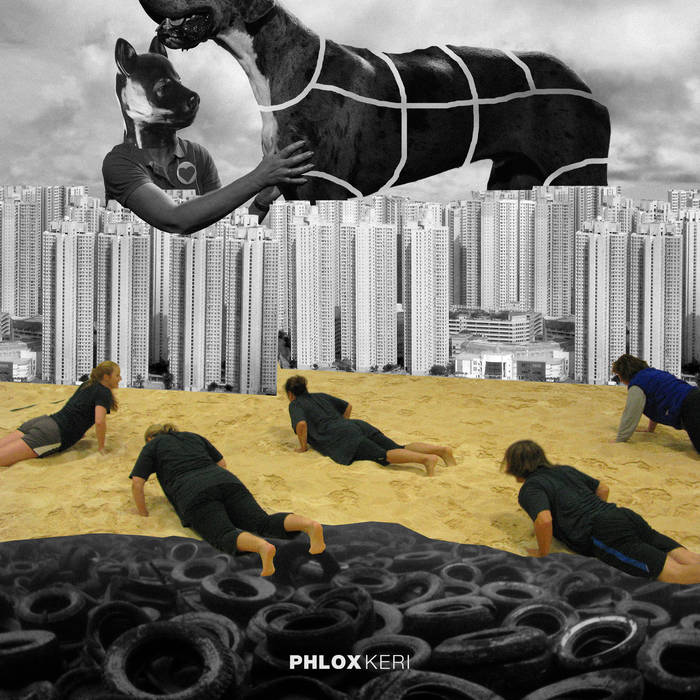 I was surprised to learn that I had never reviewed anything by this excellent Estonian band, even though I’ve been listening to their releases going all the way back to 2007’s Rebimine + Voltimine and every album since. It doesn’t matter where you get on board and which direction you travel with them, it’s going to be a great listening experience. Their sound could be described as jazz-rock, somewhere between American hard-fusion and the Canterbury sound (think Kultivator, mid-70s Soft Machine, or Moving Gelatine Plates, among many others), with a healthy helping of classical ideas, folk themes, progressive rock and general avant-garde madness thrown into the mix. They don’t sing much (there are some guest vocals on a couple tracks, one might not even notice them given that the instrumental mix is so powerful), so if you like that sort of style, you’ll be right at home. This time out they are a five-piece, featuring guitarist Kristo Roots, bassist Raivo Prooso, saxophonist Kalle Klein, Madis Zilmer on drums, and keyboardist Pearu Helenurm, playing synths and a glorious Fender Rhodes. Yes, there is no sound sweeter than a vintage Rhodes electric piano with a little bit of fuzz distortion! Missing from the two previous albums is the extra percussionist, but they make up for it with a slew of guests on violin, accordion, the aforementioned vocals, and hiuu kannel (an Estonian zither-like instrument resembling the Finnish kantele). The eight cuts (one is less than a minute) clock in at about 43 minutes, and fit nicely on the two sides of the LP – plus it’s available on CD as well and download at their Bandcamp site. This is powerful, challenging and complex, with much to recommend. And that does have to be one of the strangest album covers of the year.

Rebuilding the Rights of Statues - Watch Out! Climate Has Changed, Fat Mum Rises... – The band with the awkward name has released an album with a name even more awkward. The band is generally called Re-TROS, and I'll call the album Watch Out. Since their 2005 release (Cut Off!)...  (2010) » Read more