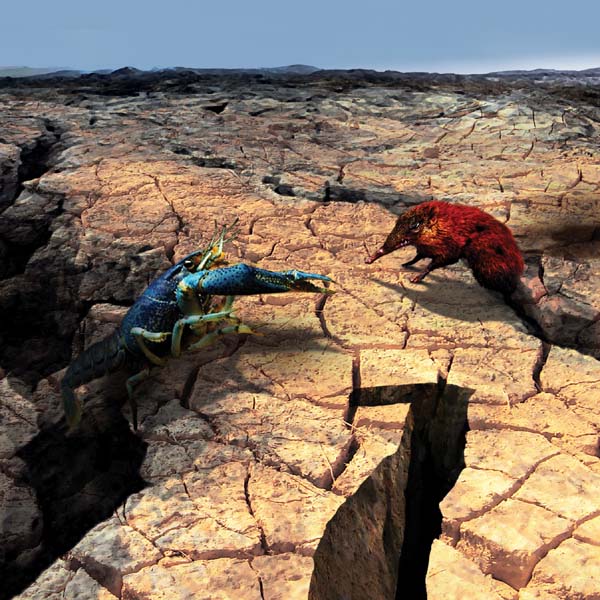 It’s been a few years since Steven Davies-Morris handed me a copy of Ghost Story on a rained-out Sunday at Baja, but as soon as I listened to it, it was evident that the songwriting, arrangements and general inventiveness of Phideaux would soon be a force to be reckoned with. With each subsequent release the concepts and vision have grown stronger and more actualized. Now, six albums later, multi-instrumentalist, singer and composer Phideaux Xavier leads an eleven-piece lineup featuring acoustic and electric six and twelve string guitars, lap steel, bass, keyboards, saxes, violins, drums, additional percussion, and multiple male and female vocalists. The concept album consists of three long multi-part suites presented in a general classic symphonic progressive rock style, yet the lush and highly evolved sound is completely original and like no other. The concept – the story of a dormouse in his search for identity, purpose, faith and overcoming his fears, is delivered on a grand scale that could befit your classic rock opera. Maybe it is a bit heavy on the bombast at times, but it’s so well executed that the listener can easily be drawn in and held captive for the duration. Those familiar with Phideaux’ two previous releases The Great Leap and Doomsday Afternoon will see this latest release as a natural evolution from those. Folks who have never checked in before should find Number Seven to be a great starting point to work backward from.

Cornerstone - Once upon Our Yesterdays – Vocalist Dougie White and bassist Steen Morgensen form the songwriting backbone of progressive metal act Cornerstone, which hails from Denmark. White comes from the UK, having spent time in local...  (2005) » Read more