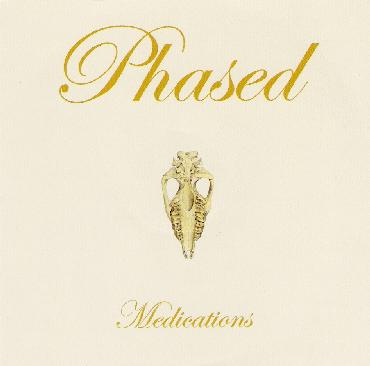 The promo sheet says something about Black Sabbath crossed with Hawkwind, and for once you can take that at face value. Heavy, spaced-out rocking good fun, skeletal imagery notwithstanding. These guys are having fun with the material, witness titles like "Sausage Tricks" and "Nude Interlude from Hell." And while some of the riffs sound suspiciously like early Sabbath rip-offs, I'm not complaining. The addition of some trance-inducing repetition keeps it from descending into mere imitation. The vocals are a bit on the rough side, though not often growling, and sometimes even feature rudimentary harmonies. The guitar playing is quite good, with tons of Iommi-like long sustain for the riffs, but also loads psychedelic phase-shifting and wah-wah along with a fair dose of pure chaotic noisemaking. Imagine early Black Sabbath sans Ozzie covering "Silver Machine" with a Scandinavian metalhead sitting in on vocals. The band is in fact a multinational trio (Swede, Swiss, Finn), but there are enough guitar parts to justify at least a few more members in a live setting (though I'm pretty sure they don't actually do so). Luckily there's a variety of tempo (sometimes within individual songs) to keep it from getting samey, and there's always a new gadget in the guitar arsenal, like the crazed echo feedback on "Solitary Animal." With the legions of overly serious heavy bands out there, Phased provides a welcome dose of humor without sounding silly.

Forrest Fang - Phantoms – It’s been nearly a decade since Fang’s last solo release Gongland, punctuated only by Invisibility, his collaboration with Carl Weingarten in 2006. But great achievements are never accomplished in...  (2010) » Read more