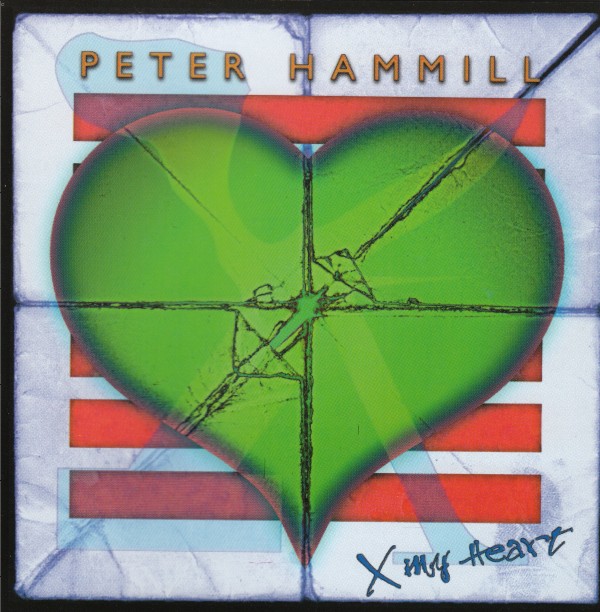 Here's another work in the "difficult artiste" series from prolific songwriter Peter Hammill. How many releases does this make for him? Over 20, not including compilations? He has consistently displayed high-quality work since 1968 including several experimental projects. Recorded last year at home, this new set of songs is not another exampe of a snobby, sophisticated attitude. Hammill's vocal delivery has always been a bit like channeling a spirit during a seance, influenced in part by dramatic stage presentation. The songwriting itself has, again, a profound, ponderous weight for your average pop song that challenges you into conscious active listening. Themes addressed reflect on life in specific (as Peter perceives it), love triangles and relationships, deception, and materiality. Personnel on the disc include Van der Graaf alumnus Dave Jackson on flute and saxes; Stuart Gordon on strings; and Manny Elias (ex-Tears for Fears) on drums. Hammill himself handles guitars, keyboards, and bass (Nic Potter MIA). A track of discernible interest is "A Better Time," which is a pretty positive statement on why "I'll never find a better time to be alive than now." The piece has two versions: a multi-tracked, monastery-choir-like arrangement performed a capella and a more standard accompaniment. "Amnesiac" is a song seemingly about forgetting important points of communication in a relationship that features a fragile violin and wood flute accompaniment. There is nothing too sinister this time out from Hammill: has he finally turned the edge on that level of intensity he excels at? I believe he continues to mature as an artist in much the same fashion as Charisma label mate Peter Gabriel. In his middle age, Hammill continues to mature as a wise, reflective artist with key perspectives, wit and depth, but he is still a talent much in need of wider appreciation.