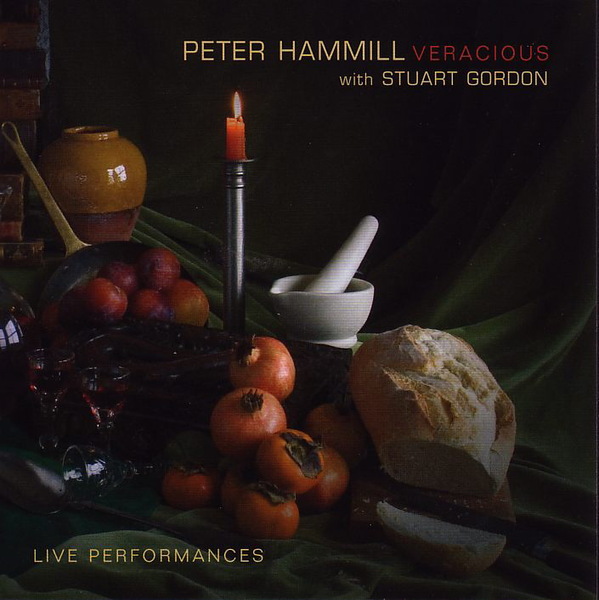 Now that VdGG reunion has come and gone it’s clear that Hammill has taken the nudge to jump back into a smaller configuration to present his solo material. These live duo performances have not been previously documented as such, despite the fact that the singer himself has released several good quality solo live recordings. The challenge then is to choose pieces that adequately represent the zeal the two person team delivers from the stage. I have been a firm advocate of 1997’s CD Everyone You Hold that spawned “Nothing Comes” and “Bubble”; the live incarnation of each of these pieces indicates a firmer grasp on the lyrical base of the song. “Nightman” is single-handedly the best performance on the disc due to the subtle command sustained by the duo. Older pieces include tracks such as “Easy to Slip Away” and “Shingle Song,” where Gordon’s playing fits the stripped down arrangement. Although each of these performances pre-date the VdGG reunion, the passion and power of the two seasoned players is clear from their empathic dialogue. Bookending the disc are two starkly contrasting performances: the first being an upbeat reading of “A Better Time” where the singer imparts his optimism. On the flip side, “A Way Out” closes the collection with a sincere statement implying devastating personal loss. In closing, the Hammill and Gordon lineup will be in place for some time to come without any loss of quality or authenticity.