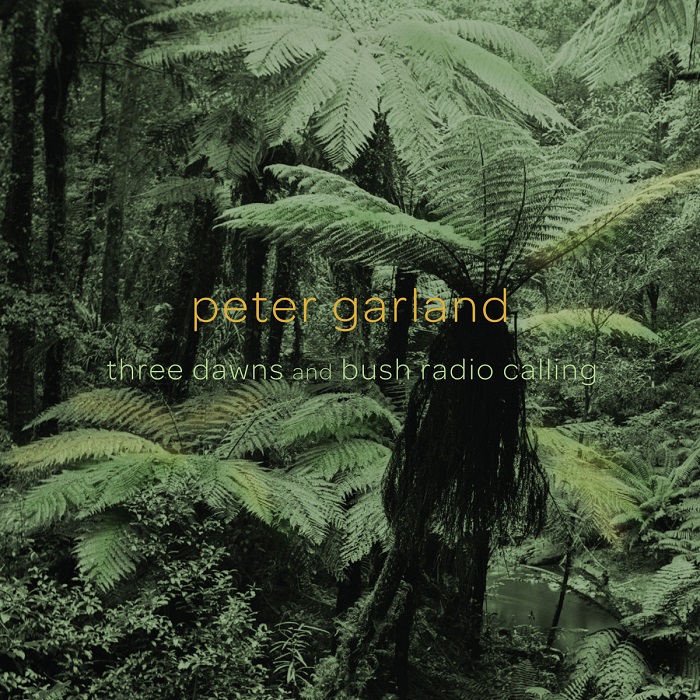 Garland is a composer whose work always offers the unexpected. Previous albums on Cold Blue (this is his fifth) have involved string quartets, avant-garde percussion, and many other imaginative musical endeavors, plus he has recordings available on around five other labels. Here, he composed two extended multi-sectional suites for solo piano, and like most classical composers, he employs other musicians to bring his compositions to life — in this case it’s pianist Ron Squibbs. The first, Three Dawns is a beautiful and haunting three-movement suite that should evoke a peaceful feeling for most listeners, especially its twelve-minute second movement, and although one wouldn’t call it minimalist, that influence is near and dear to its expressive nature. The opening and closing movements are much shorter, three minutes and two minutes respectively, but also immensely satisfying. The second suite is the expansive nine-part Bush Radio Calling, composed for the play Just Them Walking, the title referencing a network of Aboriginal radio stations in the Australian outback. On a strictly musical level, the nine parts together form a more abstract and angular invention for piano, restless and at times seemingly chaotic, a willful and direct effort with themes that seemingly repeat from time to time as the suite proceeds. The opening section, “Ringatu,” essentially explores variations on a single chord over its near six-minute duration, but Squibbs makes it work and keeps it interesting. The fourth movement, “La Princesa,” is a bit more relaxed initially but nonetheless explorative, leading directly into “The Bellbird’s Song,” which alternates between soft and louder sections. After thirty-plus minutes of Bush Radio Calling, what some may consider difficult listening has to recognized as both interesting and impeccably performed.