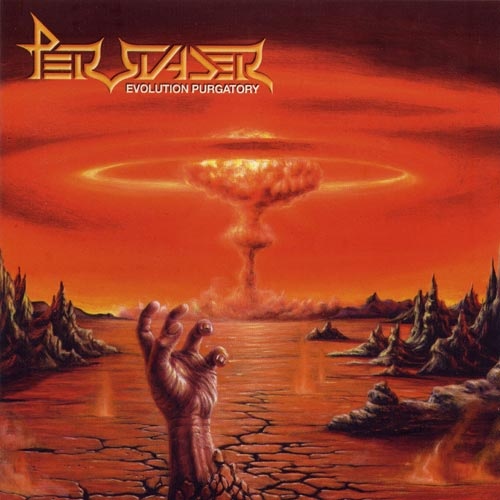 Everybody has dark moods. It’s part of being human, and – let’s face it – this world is a pretty screwed up place. Those of us who don’t have lighter moods to offset the lows are generally in need of medical help. I admit to having trouble buying into the whole death metal thing; it’s just too one-dimensional to me. Death and gloom followed by more death and gloom, all described in the most overwrought manner possible, framed in terms of utmost evil. Anybody who’s seen a classic Disney cartoon knows that evil is often more interesting than good, but without the boring good guys, there’s no story. Even if you allow for irony and humor, the obsession most metal artists have with the darker aspects of life and death could use some contrast to give it depth and impact. But that’s just me – obviously a lot of listeners like it the way it is. And for what they do, this Swedish quartet does a good job. Their milieu is a blending of speed metal with some prog-metal touches. The lead vocals are harsh, but not down in the low growling range. Tempos are mostly fast, but there are slower interludes, some even featuring clean guitar tones. There’s a touch of complexity to the arrangements, and some unpredictable rhythmic changes. Occasional keyboards add welcome tonal variation. The backing vocals are neither operatic nor satanic. All the lyrics deal with negative topics, but at least the music has a bit of variety.