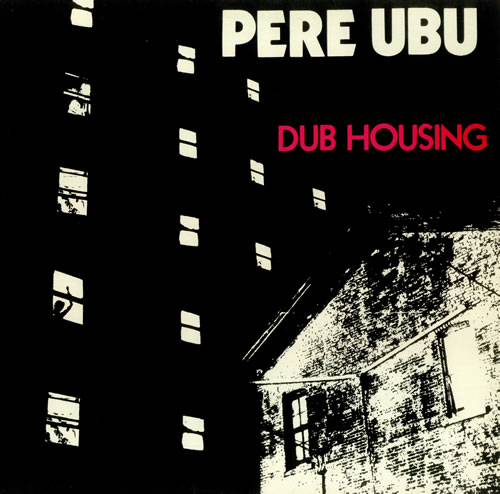 I recall when I first heard this LP, I was honestly paralyzed by the discordant synthesizer which underpinned a Velvet Underground groove on the first track. There was vocalist David Thomas and his almost excruciating drivel pushing me to find the stop button on my cassette recorder. Boy, has time added a new appreciation or what? It's obvious that Pere Ubu was an innovator of a transitional time when pop tunes were getting clever interpretations with a Punk or New Wave approach. This was the time of re-invention — The Clash, Elvis Costello and Devo — and still these guys still didn't quite fit in. They were unsettling and just this side of the avante garde with their use of electronics exposing an uncomfortable undercurrent to their melee attack. Plus there is more than a passing resemblance to the Residents with their twisted approach and mysteriously shrouded attitude. "Thriller" has to be the most memorable piece on the album if only for its grinding closing section over a droll voiced recitation. Plus the band is just as fun now as modern counterparts Olivia Tremor Control (who somewhere must acknowledge an obvious debt). Amazing how unshocking this album is twenty-one years after shaking up the music community with a love of desperate attitude. This is difficult music at its most poignant: raw and uncorrupted of preconception.