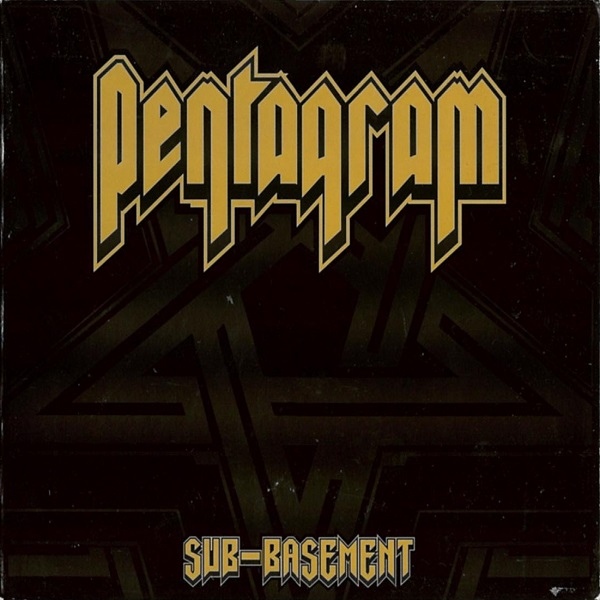 Dis’ some heavy stuff, man. Pentagram is basically the duo of Joe Hasselvander (all instruments) and Bobby Liebling (all vocals), churning out a heavy, fuzzed-out, brutal-assault-on-all-fronts early British style hard rock / proto-metal. Think early Black Sabbath meets early Blue Cheer and you’re probably getting close – heavy descending chord patterns and distortion in extremis, with furious high speed amphetamine solos buried under the surface of churning metallic slag, with Liebling's voice conveying a dark and sinister attitude that matches the music perfectly, rooted solidly in the late sixties/early seventies. In general, the sound goes for that authentic early-70s heavy-fuzz guitar style, with screaming feedback and chugging rhythms, and to that end they succeed for the most part, but the gated drums on a few of the tracks give it away; that said, there’s still plenty here to please fans of that style. If you came here looking for the progressive rock sound, then you probably made a wrong turn somewhere along the way in the time machine. That’s OK – enjoy it while you are here!