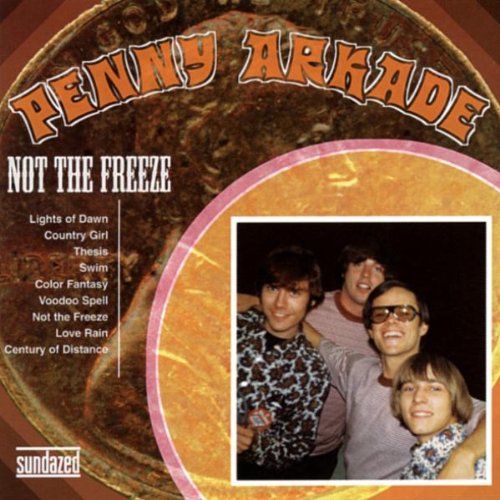 In the last issue I covered the reissue of the two strange albums (Apache and Inca) credited to Maitreya Kali, who, it is now known, was Craig Smith, formerly of an obscure LA psych band called Penny Arkade. Against all odds, that band’s previously unreleased recordings from 1967-68 have finally surfaced. As with most Sundazed releases, lengthy liner notes detail the history of this band that almost made it. Smith’s partner at the core of the band was Chris Ducey, and their voices blend beautifully, approaching the kind of magic that Lennon and McCartney did in harmony (not to say they sound like the Beatles, just that their voices combine to make a wonderful sound). Their songs were an engaging mix of country-folk and psychedelic rock, with good lyrics, solid music, and imaginative arrangements. The first seven tracks comprise a full album that producer Michael Nesmith shopped around unsuccessfully in 1968, quite a gem, nearly the equal of Buffalo Springfield’s work. All the songs are great, but the twelve minute track that lends its name for the title of this collection is their crowning achievement, a suite of many parts woven together into an amazing whole. They favor jangly guitar sounds more than fuzzy distortion, though fuzz shows up occasionally for contrast. The CD is filled out with a slew of later recordings (some after Smith’s departure) and some early demos. The recording quality is somewhat primitive in places, but the music is so good that all is forgiven.