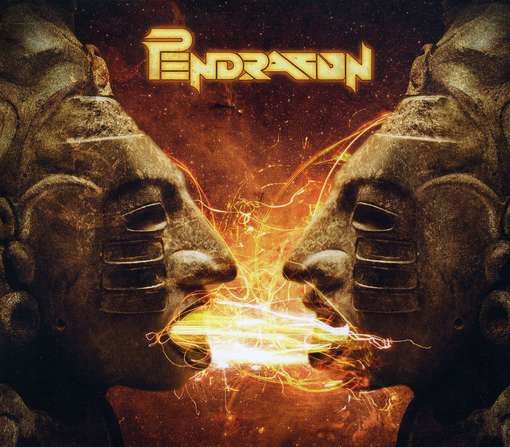 Passion marks the conclusion of a trilogy of records that started with 2005's Believe, followed by 2008's Pure. Each was part of Pendragon's "five year plan" to present a new and re-energized sound to the public. Probably one of the smartest moves made was to hire drummer Scott Higham whose metal technique gives the hotter parts of the arrangement a serious kick in the ass. With him on board it's not much of a surprise that a harder edge is all over the music, plus an attention to production details and textures that gives the songs added depth and binds the longer pieces together. Notwithstanding superb performances all around (though Clive Noland's keyboards seem more subdued), Pendragon has never been about instrumental showboating. Instead, the heat in the arrangements propels the emotion in the lyric and melodies, enhancing what was already Pendragon's core competency. I don't know if it's a mid-life crisis but the entire band are shredding paint on songs like "Feeding Frenzy" and "Skara Brae," sounding more like Rush than the 70s prog reference points they are most often associated with. Fans of the old Pendragon will take solace in songs "This Green and Pleasant Land" and "Your Black Heart" that would have been at home on The World, but for the most part the band and producer Karl Groom have made it their mission to transport Pendragon into the modern era and to my ears they've arrived in good shape. A two-disk edition also includes a DVD documentary about the making of the album, with Barrett, Higham, Nolan and bassist Peter Gee discussing the recording process and their thoughts about the new music.