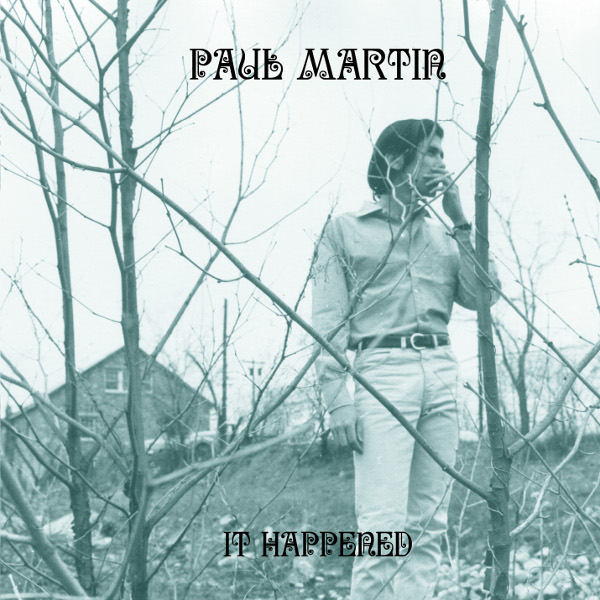 Paul Myerburg AKA Paul Martin grew up in Manhattan in the 50s and 60s, spending many of his summers in Baltimore, drawing inspiration from the Rolling Stones, Beatles, and Bob Dylan. In the mid-60s he began writing and recording demos on a 4-track tape machine at Tower Sound Studios in midtown Manhattan. This connection came through his mom who was a singer of slight renown and Paul’s working at Bell Sound and eventually No Soap Radio. From 1966 to 1967 Paul wrote and recorded the 18 love songs on It Happened. The songs range from hardcore psych like The Seeds to 60s pop-psych drawing comparisons to Crispian St. Peters, Johnny Rivers, Bob Lind, and Dee Clark. On many of the tracks his mentor Frank Owens can be heard playing the Ondioline, a precursor to mass produced synthesizers. This was an expensive and temperamental instrument. Al Kooper featured it prominently on his iconic Super Session and Morgan Fisher has a restored Ondioline as part of his keyboard set up. Today Paul works as a set dresser in Hollywood, but the resurgence in interest in his music triggered Guerssen to reissue his songs. As these songs were not professionally recorded, there are no master tapes, just a collection of demo acetates, 45 rpms, and old reel to reel tapes. Every effort was made to restore the music, but of course the sound quality does vary. Paul was experimenting with different styles and they all appear on It Happened. In addition to The Seeds and Sky Saxon, I detect influences from The Troggs and the Yardbirds, especially on “All That’s Left,” which bears a strong resemblance to “Shape of Things.” And then Paul’s “How Many Tears Must I Cry” mimics The Beatles’ “I Need You.” Paul was an original and it is a shame that he flew under the radar, he could have been successful.