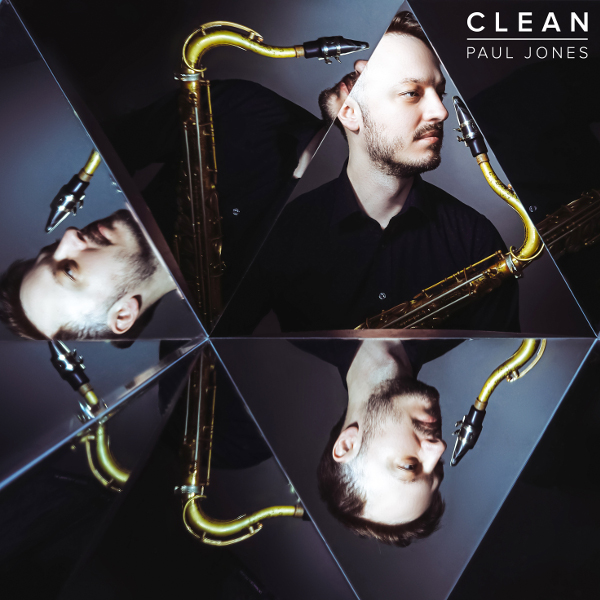 With Clean, saxophonist Paul Jones brings together a number of musical threads that are usually considered separately, and puts them into a context that is functionally large ensemble jazz, though instrumentation varies from track to track. These threads that he weaves include creative modern jazz (not blues-based or much like bebop), Philip Glass style arrangements, and some algorithmic generative techniques. The set kicks off with “Ive Sn Th Gra Md” (yes, that’s the title), which is one of the Glass-inspired pieces. It’s composed for a small chamber orchestra of woodwinds and brass and features interlocking ostinato phrases. The title extracts letters from Allen Ginsberg’s poetry and uses them as the basis for formulas to choose the notes. The result is a short piece that sets the stage for what’s to come. Next up, the title track features a sextet of Jones on tenor sax with Alex LoRe (alto sax), Matt Davis (guitar), Glenn Zaleski (piano), Johannes Felscher (bass), and Jimmy Macbride (drums), and it starts with the saxes playing arpeggiated lines similar to what was heard in the previous track. Another element is added in “Alphabet Soup,” namely a cello, which along with bassoon, augments the jazz players for a piece that provides a mid-point between the extremes presented so far. What’s fascinating is how Jones applies techniques associated with Glass and Steve Reich to jazz, resulting in tunes that are very distinctive but don’t sound forced or over-thought. The offset rhythmic patterns and repeated arpeggios are incorporated into arrangements that make sense, and are delivered with sincere feeling. Zaleski’s piano is worth calling out, as his backing for the solos keeps within the harmonic structures established and avoids stock voicings, but nevertheless sounds like jazz. Every track has lovely touches, often when one of the musicians outside the core sextet is brought into a piece like “Centre in the Woods” and “Hola, Amigo,” where bassoon and cello add counterpoint to the saxophones. This is the most innovative jazz arranging I’ve heard since Josh Green’s Telepathy and Bop crossed my desk. Highly recommended for those who are tired of the same old thing in jazz but don’t want to go electronic or noisy.