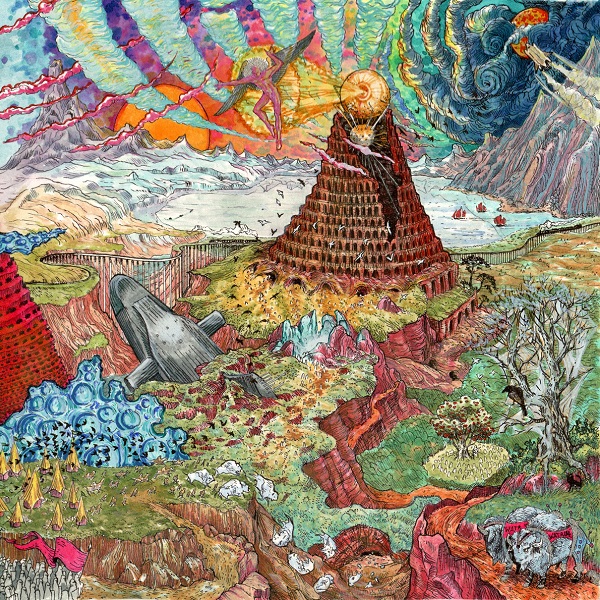 This spring Paul Hayworth released the fourth chapter, Phantom Nomad, of the musical quadrilogy he began in 2013 with Ultra Violet, Terrania, and Export. Paul is a multi-instrumentalist who plays guitar, drums, and a range of synths. I did not know what to expect when I first received this disc, but on listening I was quite impressed to say the least. The disc opens with “Hurricane Delta Blues” that is more progressive rock than Delta blues. It has a catchy riff and a repeated lyric “some day in Knoxville” that is way off geographically from the Mississippi Delta. But this nit does not detract from enjoying the music. Most of the songs are neo-psych and would be at home on any Fruits de Mer release. Paul’s voice reminds me at times of both Anthony Moore and Bob Dylan. On the two instrumental tracks, appropriately named “Instrumental One” and “Instrumental Two,” Paul stretches his experimental chops. “Instrumental One” is quite abstract with electronic washes, while "Instrumental Two” is a majestic riff on a pipe organ. Songs that I find particularly intriguing are the bucolic “Windy Lake,” the trippy “Minus 20,” and the catchy neo-psych “Spider Tree,” that reminded me of Chicago’s The Luck of Eden Hall. Paul varies his approach, instrumentation, and orchestration across the 13 songs thereby keeping your interest while at the same time communicating that this is all his music. An interesting aspect of the quadrilogy is the colorful psychedelic artwork that unites all four discs. I hesitate to refer to it as a triptych as that means three parts. So if there is such a word, the art is a quadtych.