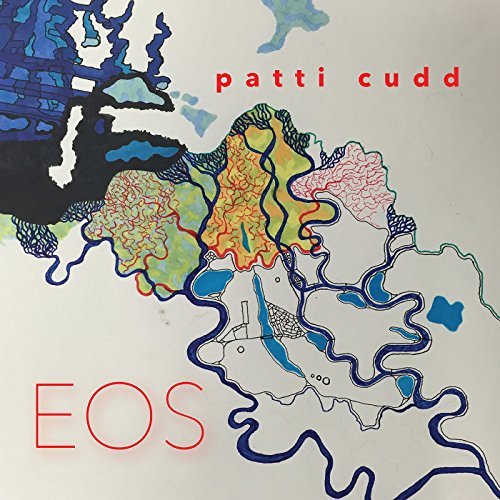 Far from the song-based world of rock and pop, far from the emotion, melodies, and counterpoint of clasical and chamber music, is the soundworld of Patti Cudd, where tapping, scraping, striking, and scratching are the keys to what makes her musical visions come to life. A percussionist of many flavors, the music presented here (three full discs worth!) represents her interpretation of the compositions of others. Pieces by Cort Lippe, Barry Moon, and Paul Elwood show up on almost every disc of this set, with a fair number of other composers epresented, the origin of every piece discussed in exhaustive detail in the accompanying eight-fold, 22 pieces in all. These are all explorative and uniquely inventive marvels of sound – we’re not talking drum kit solos (nothing against them but three discs of that would get fairly tiring) but compositions that utilize every imaginable sound that might be produced by any number of percussive means. Though piano (technically a hybrid of strings and percussion) won’t be found here, numerous other tuned percussion instruments are, including vibraphones, marimbas, and tuned wooden instruments of ethnic or makeshift origin. Electronics are not off limits either, including computers, samples, oscillators, and such, and things are mixed up enough that for a three disc set that approaches the four hour mark, there’s never a dull moment (although things do get very quiet at times and one might end up thinking the program is over when it isn’t) and there always seems to be something interesting going on, and a surprise around every corner. “Humingbird Medicine” (by Chapman Welch) is a lively melodic piece performed on computer-assisted vibraphone, jumping from one idea to the next and then pausing while the computer interprets and processes, resulting in an interesting back-and-forth. “Ancient Caves” (Jeff Herriott) is a dark and mysterious piece pulling all sorts of alien sounds out of the bass drum. Disc two opens with “Tattoo of a Gesture” (Margaret Scheidel & Christopher Howard), one of the most rhythmically unusual pieces, using hand drums, various metal instruments, cymbals, gongs, bells, and such, brought to life in odd and different methods, with computer joining the fun mid way through. “CUT” (Paul Elwood) closes disc two, another piece showcasing what is effectively a multi-layered orchestra of gongs, bells, metallophones, and primitive electronics, morphing and shifting throughout its duration. Titles of other tracks like “Music for Snare Drum and Computer,” “Bone Alphabet,” and “Music for Hi-Hat and Computer” should provide some insight into the experimental and explorative nature of this set, and where Cudd is leading the listener to. Very cool stuff.