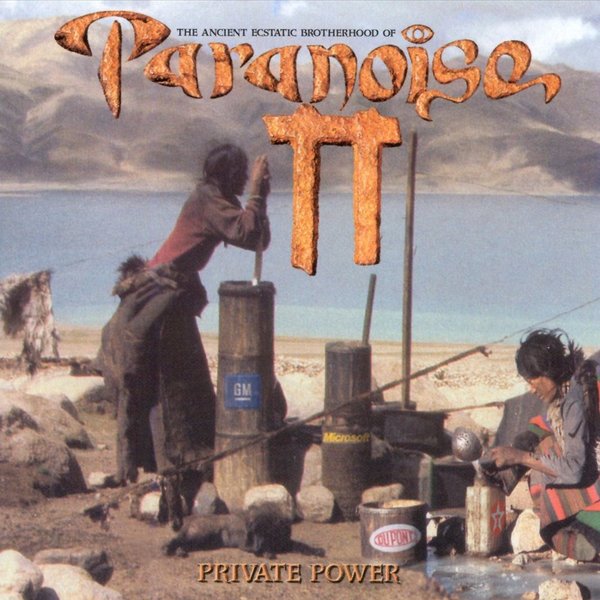 The “Ancient Ecstatic Brotherhood of Paranoise” has come up with an original and compelling fusion of musical styles. Starting out with samples of Middle-Eastern and other exotic musicians, Paranoise then grafts their own powerful brand of Western music together with the indigenous sources. The result is a remarkably well-integrated collaboration that highlights the best of the two musical approaches. The five-piece band features a strong rhythm section with Geoffrey Brown’s aggressive drumming, ace bassist Bob Laramie’s throbbing lines, and leader Jim Matus’ crunching power chords. Rohan Gregory’s violin soars over this rock solid foundation handling most of the solos and lead melodies. Conventional vocals are added to about half of the tunes, and Thorne Palmer’s earnest baritone meshes well with the deep grooves that the band generates. The lyrics land somewhere between anti-capitalist sloganeering and a lecture by a socialistic political science college professor. Titles like “Evil vs. Evil,” “Tetrahedral Metaphor,” and “International Monetary Fun” give you an idea of their approach. Not everyone will subscribe to their ‘big business is evil’ philosophy, but the folks at the Department of Justice seem to think that Bill Gates is trying to take over the world, so maybe these guys are on to something. Paranoise has come up with an exciting musical synergy that successfully blends aggressive contemporary rock with world music for a very satisfying combination. Regardless of your political leanings, you should find this to be a very worthwhile musical collaboration.