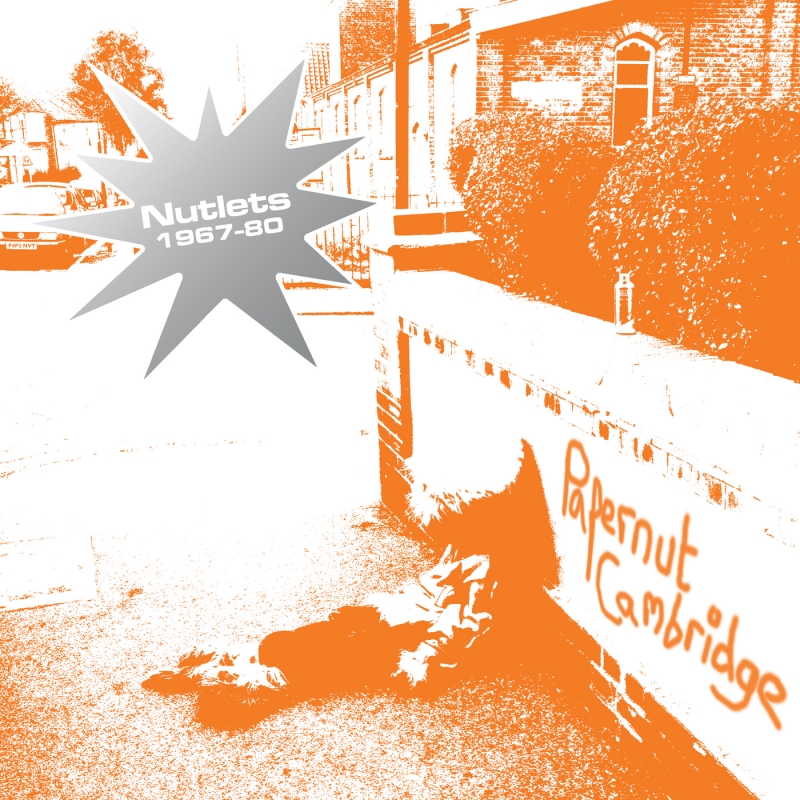 The 2015 follow-up to last year’s There's No Underground is Nutlets 1967 – 80. Unlike the previous release of original tunes, this time around they chose to cover ten different Top 20 Brit pop tunes from 1967 – 1980, kind of an odd choice. All but the last song, “Rockers Delight,” appeared on the charts in the six-year period between 1967 and 1973. At that time I was in college and developing my interest in progressive, electronic, and experimental music. During those pre-punk years we suffered through pop, bubble gum, and disco music on the radio. Consequently I am unfamiliar with many of the cover songs on this new release. Nutlets is almost like a Doctor Demento compilation, but this time all the songs are performed by the same band as seen through Papernut Cambridge’s psych-pop lens. The album opens with Marc Bolan’s “Broken Hearted Blues” from 1973. I had already lost interest in T. Rex by 1972, so I never heard this song before. The second song is Hot Chocolate’s 1971 hit “I Believe in Love,” another song I do not know, but Papernut Cambridge integrates tremolo guitar and strings to this disco tune. Then we have a psych-pop cover of Cockney Rebel’s glam-rock 1973 hit “What Ruthy Said.” The Bystanders/The Casuals’ 1968 hit “Jesamine” follows this song. Next is a take on Lynsey de Paul’s 1972 bubble gum hit “Sugar Me,” followed by Paul Jones’ 1967 teeny bopper hit single “I’ve Been a Bad Boy.” The seventh song is a cover of Alvin Stardust’s 1973 hit “Jealous Mind.” Since these first seven songs were unknown to me, I really cannot comment on these cover versions. Next is the Edison Lighthouse’s 1970 hit “Love Grows (Where My Rosemary Goes),” a song that was so overplayed that I could not stand listening to it in 1970. And now I question why on earth would a band cover that song today? At least Papernut’s version does not induce a gag reflex. But I still hate this song. However, the final two songs make the whole disc worthwhile. Track nine is a cover of Jacky’s 1968 “White Horses,” the Brit TV show theme song. Papernut Cambridge give this song a dark and foreboding atmosphere, making me think that David Lynch would glom onto this version. A superior cover of this song was recorded by Saturn’s Ambush and released on Fruit de Mer’s Do Not Adjust Your TV Set 2011 release. The final track is a pseudo-reggae psych-pop cover of Mikey Dread’s 1980 hit “Rockers Delight.” “Rockers Delight” is the best track on the disc, and the band stretches their muscles on this song, more than just featuring Ian Button’s vocals.