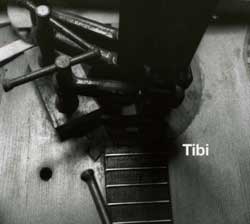 Part concert, part love letter to an instrument, this is a fascinating piece of work. Recorded in Bologna, Italy in 2009, this is a one-man concert by Paolo Angeli on a highly modified Sardinian guitar. The DVD starts with black and white close-up photos of the guitar, the glimpses of which are tantalizing – fragments of strings, springs, wood – moving into film of the player's fingers or foot, drawing you in as the film changes to color and the performance begins. After alterations, the instrument has become part guitar, part cello and other things combined - motor driven hurdy gurdy wheels, extra strings, springs and various bits and bobs. The guitar is played upright like a cello, using fingers, bow, and picks. The resulting music is complex and ethereal, and sometimes lightly industrial, sounding like several musicians or instruments. This is where the film is most effective: showing in real time that it only takes one skilled musician to produce all that sound. The backdrop to the performance is a screen with photos of the guitar, starting with details and progressing through plans, parts, and the artisans designing and building a truly unique instrument. The editing fits beautifully with the music, and the still photos are well done and frequently given the Ken Burns treatment on film. The photography was done by Paolo's brother Nanni Angeli, and documents the process of the build in excellent detail.