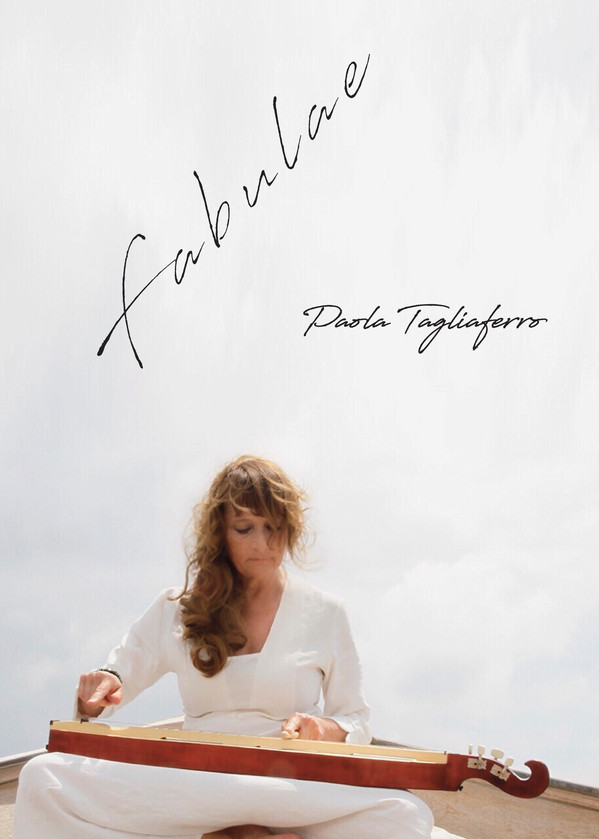 Paola Tagliaferro is an Italian singer who began recording in the late 70s with a couple of singles. She went on hiatus for more than twenty years, devoting her attention to art. Now she is back with a brand new album, Fabulae, of thirteen songs. And let me get this issue out of the way at the start: at the end of each song is an annoying sharp fluttering sound like Paola is shuffling paper, which detracts from the listening experience. I have no earthly idea why these sounds were left in and not edited out. By and large the thirteen songs are sad, moody acid folk songs. The exceptions are “White Goddess,” a delicate and melodic Baroque acoustic song that reminds of Swedish band Us & Them, the oddly titled “A Swan Can’t Be a Duck” with delicate vocal harmonies, synths, and crickets, “Algorithm: A Bridge of Two Worlds,” a pseudo-Indian inspired tune with Paola’s sustained vocals “ah” or “om” interacting with tamboura and tabla, “The Alchemist” with violin and vocal delays, and her mournfully beautiful acid folk cover of King Crimson’s “Moonchild.” And the oddball tune is the ambient drone of a didgeridoo, tribal drumming, demonic chanting, and partially sung lyrics of “The Shaman’s Drum.” This is quite an interesting album with Paola exploring different aspect of acid folk, as well as experimenting with her voice. On “The Day of the Moon” you can easily be tricked into thinking that this floating piece is supported by synths. Only her breathing betrays the fact that she is actually singing the notes. So if you can get beyond the annoying fluttering sounds, you will find some musical gems on Fabulae.