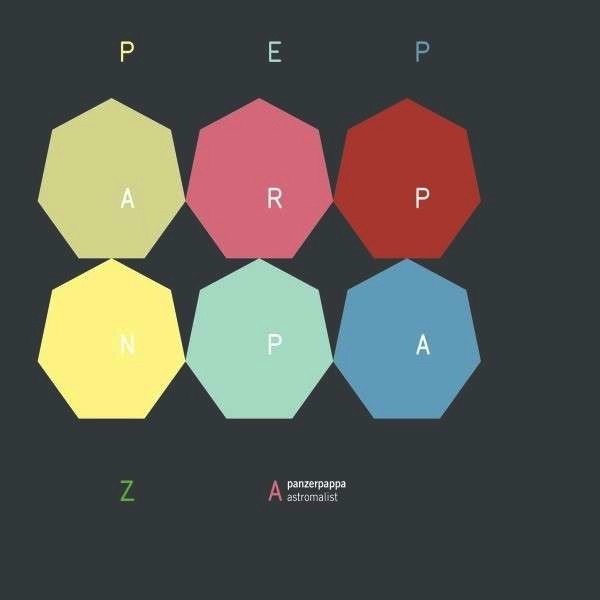 It's good to see Panzerpappa back in action again, this being their first album in around six or seven years, now signed to the Rune Grammofon label. Even in their humble beginnings with self-released demos Passer Gullfisk (Goldfish Watcher) and Hulemysteriet (The Cave Mystery), the latter packaged in a ziplock bag with a photocopied track list, this band always showed a lot of promise, blending eclectic influences that seem to come from the RIO school but heavier and with a strong sense of melody, a touch of the Canterbury sound, some Scandinavian folk hints, and if one dissects the band name, you will find Zappa in there, not the comedic or heavy guitar stuff, but touches of the splendidly arranged instrumental style of The Grand Wazoo and Hot Rats. The last time this writer heard Panzerpappa was their first official self-release Farlig Vandring from 2004, and while the four-piece lineup remains the same from that release, featuring keyboards, saxes, drums, percussion, bass and guitars (plus some notable guest players), some evolution is inevitable. Today their sound retains all those previous influences, but everything is ratcheted up a notch or two, their vision stronger and more vivid, certainly a bit heavier, and a more comfortable execution – one doesn't hear the effort, it just all comes through in blazing brilliance. Those who appreciate Univers Zero in their more recent phase (less dark...) blended with Samla and all the gathered aforementioned influences played to perfection will surely enjoy this; Panzerpappa's finest moment to date.