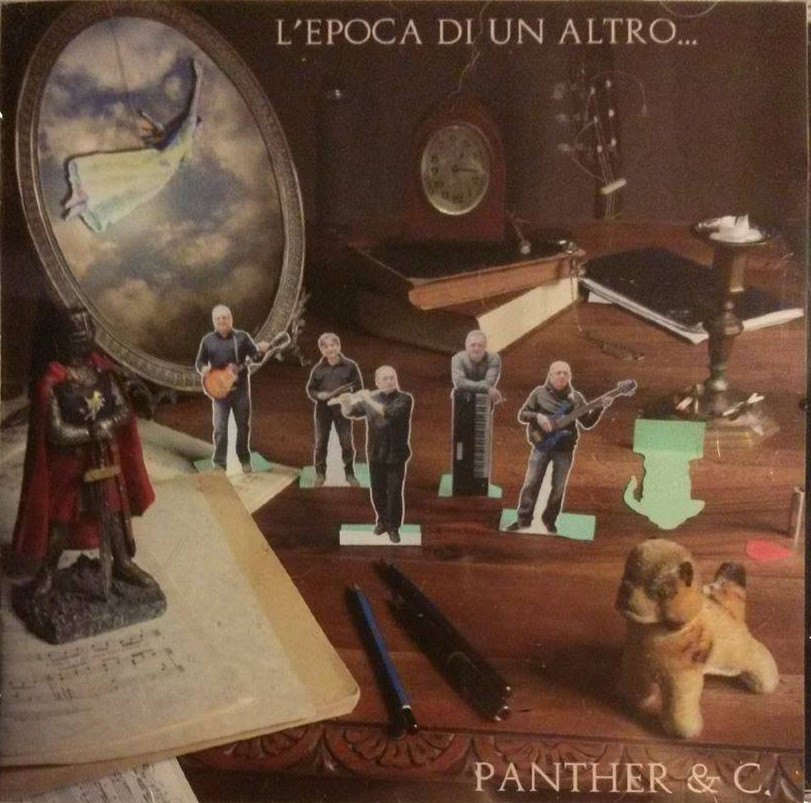 There is not a whole lot of information available on the Internet about this band from Genoa, Italy. Their Facebook page does not provide much information. I do not believe that this is their debut release, but I could be wrong. From what I can glean, the band formed in 2003 and has been honing their sound for the past decade. L’epoca di un Altro is a self-produced album distributed by Black Widow Records. The band is Alessandro La Corte (keyboards), Riccardo Mazzarini (guitars), Stefano Alpa (drums and percussion), Giorgio Boleto (bass), and Mauro Serpe (vocals and flute). The album is a collection of five songs, the first and last are fairly long sandwiching the three shorter tracks in the middle. The result is 37 minutes of melodic symphonic progressive rock similar to Banco, PFM, and post-Gabriel Genesis. The opening song is initially a bit dark and after a minute the tempo picks up and we are treated to majestic music. This is not a concept album, but is difficult for me to understand since all the information is in Italian. The second song, “Mariam,” is pleasant dreamy love song, I think, with twin guitar lines. The third track is a 2:30 instrumental that reminds me of Genesis’ A Trick of the Tale. The fourth song “DIK” is about a dog, and the closing track is pastoral prog rock that contains some jazzy bass and flute interludes. Overall quite a pleasurable listening experience.