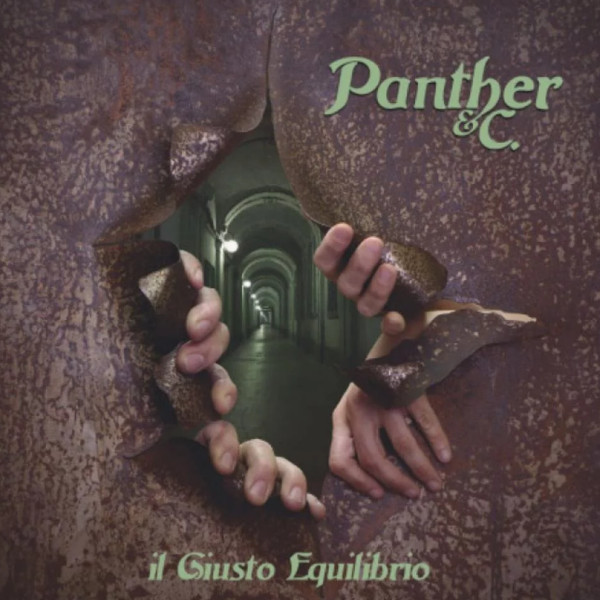 The oddly-named Italian progsters Panther & C. returned to Black Widow Records this spring with a follow up to their 2014 debut album L'Epoca di un Altro. Just like their debut, Il Giusto Equilibrio contains five tracks. This new album concerns the meaning of life and mankind’s search for the right balance, the balance between the wonders of nature and the dichotomy evidenced by the predator and its prey. The closing song is a bit pretentious as it relates the 9/11 disaster from the perspective of a seagull flying over NYC and condemning the events. Putting these ideas aside, the music speaks for itself in quite a different language. Guitarist Riccardo Mazzarini, vocalist and flautist Mauro Serpe, keyboardist Alessandro La Corte, bassist Giorgio Boleto, and drummer Folco Fedele expand upon their post-Peter Gabriel Genesis chops. The five songs are mostly instrumentals with occasional Italian vocals. There is a slight jazzy touch to some of the tracks, as well as some classical piano, guitar solos, and the majestic Mellotron! Think of A Trick of the Tail era Genesis singing Italian lyrics and you will have an idea of what Panther & C. sound like. So put aside any prejudices you may have regarding the subject matter and enjoy the listening experience, especially if you like mid-70s English prog.

Believe - Yesterday Is a Friend & Hope to See Another Day Live – Believe are a new Polish group founded by ex-Collage guitarist Marek Gil. At first glance the band is similar to Collage except for one big difference: the presence of Japanese violinist Satomi. Her...  (2009) » Read more