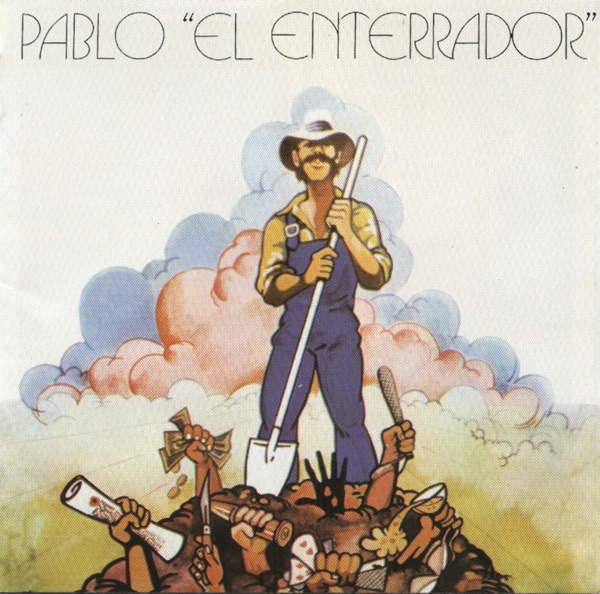 This is a well-known symphonic-prog album from late-70s Argentina. I am personally of the opinion that its reputation is rather over-inflated: no album with a song as annoyingly commercial as the obnoxious "Accionista" should deserve the term "classic." Otherwise, though, it is quite a strong, melodic album of symphonic keyboard progressive. "Carousell de la Vieja Idiotez" starts off the album immediately on a good foot, with a classically-inspired dual keyboard arrangement chugging away, making the album instantly likable. It sets the tone for the rest of the album, which (save for "Accionista") is more or less equally enjoyable. A classic? Perhaps not, but it does grow on you.

Argentina, 1979. In the middle of the military oppression (1976-1983) there was a band that went by the name of Pablo "El Enterrador." Paul was a gravedigger in a dissident cemetery in the city of Rosario where the band was rehearsing. Pablo, the gravedigger who buries injustice, repression, and persecution. The music is finely crafted around the two keyboardists, in much the same vein as the Italian band Locanda delle Fate. Bass is not always present as Jose Maria Blanc also plays electric and acoustic guitar and sings. The lyrics are of socio-politic concern, sung in Spanish. This is a music that gains more and more at each listen, as the interwoven flowing melodies spreads their gracious web. The band came back together last year in Buenos Aries for a concert and it seems new material may be looming. We can only hope that the spirit will be carried over.