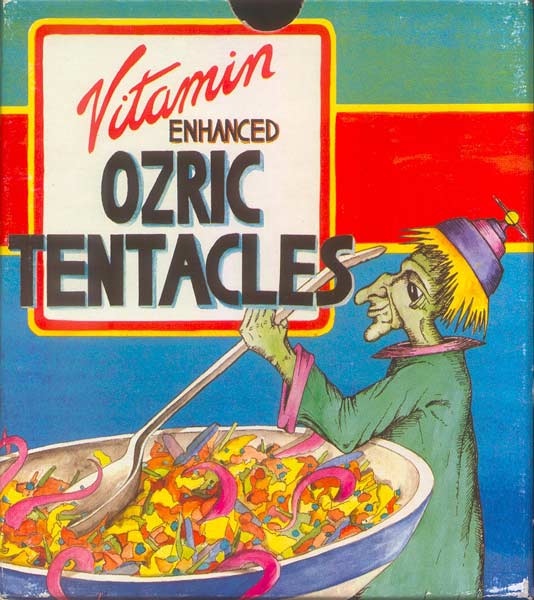 This six-CD set contains the early works of the band from the years 1984-89, heretofore only available on six cassettes that together cost more than this boxed set. For those not yet familiar with the Ozric sound, they create a modern psychedelic space-rock with a repetitive rhythm, partly influenced by the likes of Steve Hillage, Gong, Hawkwind, Amon Düül and others, and partly completely original: There are trace elements of Arabic and other eastern musics, reggae, and such that put them in a category of their own. Erpsongs is the first of the six, the earliest recordings by the band, showing them in their earliest stage - even at this time (84) the band has already solidified much of their trademark style. Tantric Obstacles from the following years is a bold step onward, and probably the strongest of the six. Live Ethereal Cereal is taken from various live shows from the 85-86 period, and is a good testament as to why these guys were always hailed as being such a powerful live act: this disc is all the proof one needs. There Is Nothing is a natural follow-on to the previous studio disc, with further development and refinement of the style; Sliding Gliding Worlds is featured heavily on the band's previous 2CD compilation Afterswish, so if one has listened to that, then many of the tunes on SGW and the last disk Bits between the Bits will already be familiar. Here one can hear early versions of "Kick Muck" and "White Rhino Tea," as well as the amazing "Fetch Me the Pongmaster." Bits is the most different of the six, a little more subtle and electronic oriented. If you're not already familiar with the Ozric sound you may want to try one of their single discs (like Jurassic Shift, reviewed last issue) before biting off this heavy a dosage, but this is a must for every fan of the band. And don't wait too long - my understanding is that this is a strictly limited edition of 3000.