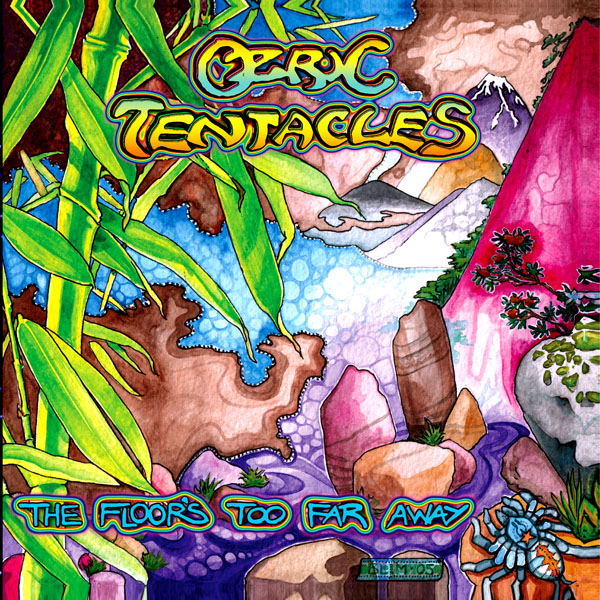 One can always count on Ozrics to deliver a disc full of captivating grooves, shredding guitar solos, surreal swirling psychedelic atmospheres, unusual rhythmic textures, and clever sonic gimmicks. It’s what they’ve been doing from the getgo, and it’s what they do best. And certainly, we know how they got some of these ideas from the textbook of “Master Builder” era Gong, but now that Ozrics have made a career out of working and developing that style, one has to say it’s really theirs now. What used to be a fairly well staffed band (legend has it that once there were enough members that were able to play two different gigs on the same night by splitting the band in half) today is down to essentially a trio, but wasn’t it always really that anyway? I don’t remember the flute player ever doing much more than waving his hands in front of the lights making traces, and the synth player was just turning knobs making sound effects. Ed Wynne was always the brains and spirit behind this band, whether there’s eight guys in the band or whether he’s flying solo (as he does on two of the nine tracks here, including the phenomenal closer “Ping”). The other musicians here are tight and supportive, and go far to make this creation come to life. Overall, while this is not a stone classic like Erpland or Waterfall Cities, it still ranks as one of their better and more consistent efforts.