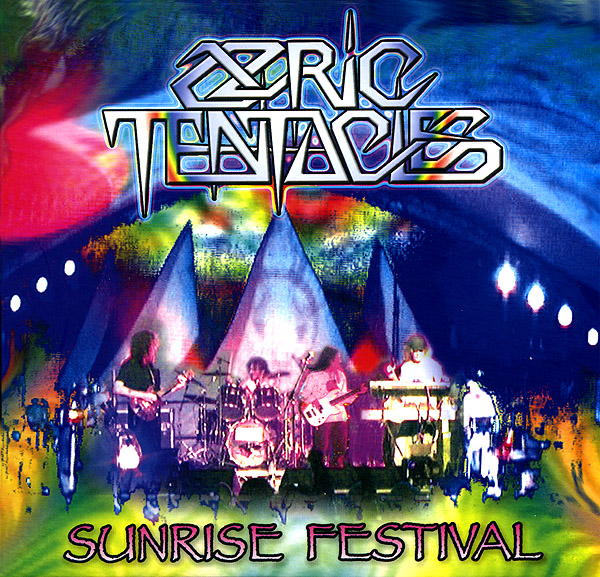 In years of late, at least for the studio recordings, Ozrics have been essentially the solo project of de-facto bandleader Ed Wynne (guitars and keys), with other players dropped in here and there on this track and that, as needs require. As a result their sound had become a bit sterile and synthetic when compared with the freewheeling power they wielded as a full band. The good news is that on this live document from June 2007, they are a real band again, a high-energy four-piece unit with alumni Joie Hinton (synths) and Merv Pepler (drums) returning to the fold; Brandi Wynne, who has played keyboards in recent years, has switched to bass guitar for this set. More good news: their performance consists almost entirely of updated arrangements of their most memorable tracks from the early 90s – “Snakepit,” “Tidal Convergence,” “Erpland,” “Vita Voom” and others. All these are performed with newfound energy that no previous live Ozric release has come anywhere close to; the performances here of “Eternal Wheel” into “White Rhino Tea,” or the hyperextended “Jurassic Shift – Sunrise Jam” will completely blow your mind and leave you speechless. The DVD documents the same set, a multi-camera shoot from the stage with all the effects one would expect, the Ozric experience under the big teepee amid a multitude of projected psychedelics. “The Throbbe” was added on the DVD, but there’s no reason why it couldn’t have been included on the CD as well, there was certainly enough room for it.