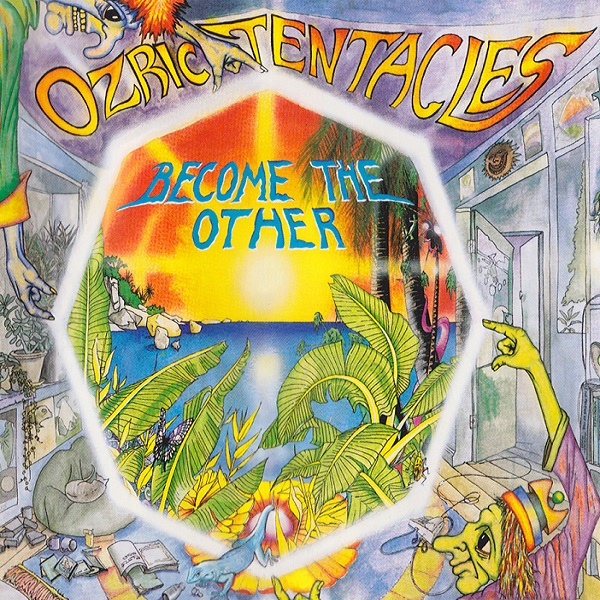 A year had gone by without a release from the Ozrics. Some were sure they had dropped off the face of the earth. The early 90s saw OT banging 'em out like popcorn. And they had become unanimously in a rut. Well, two band members and one major label later, the Tentacles are back with their best release since Erpland. Keyboardist Joie Hinton and drummer Marv Pepler have left the fold to do their techno/dance/ rave thing with Eat Static full time. Replacements Seaweed and Rad filled their shoes without missing a beat. In fact, if you didn't know it, you would assume this was the same old band. Unless you listen closely. Then the new keyboard textures will reveal themselves to you. Things like sampled strings, organs, and wave sequences abound on this release, and are new to the OT palette. Another improvement is the heavy increase in keyboard soloing. Seaweed rips off a number of impressive analog-type leads. Songs like "Cat DNA" and "Neurochasm" are classic Ozric scorchers, "Ahu Belahu" is an ethnic percussion/synth interlude, "Vibuthi" is the middle-eastern acoustic-guitar-driven center- piece, and "Wob Glass" and "Plurnstyle" more dance-groove driven. In many ways, this album is on par with Strangeitude with its mixture of styles, but with all the changes the band has pulled themselves out of the rut with a fresh and very satisfying album. And, as always, they remain the same.