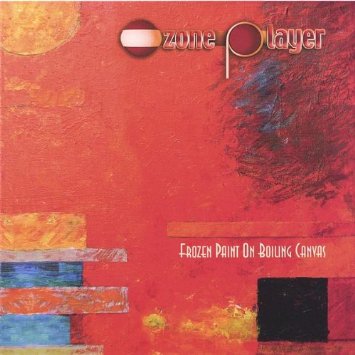 What an opener for an album! I’m talking about “The Sprawl.” Fine sounds, imaginative sequencing, nimble-fingered playing, stunning composition. Ozone Player is a composer from Finland where EM is up and alive, even on festivals. He’s really a master in switching atmospheres in a blink of the eye. Many who use the sampler don’t get past the range of familiar sounds, not Pakarinen – that’s his real name – he surprises again and again with sounds like for example an electronic sweep of a broomstick, which he incorparates in the musical body and gives it an extraterrestrial treatment. “Limping Alien” is the perfect title to match this musical quirkiness. But he can give us a convincing dark cloud of notes as in “Freundian Sleep” as well. Or he can evoke out-of-this-world wobbles and sweep fragments like in “They Are Finally Starting to Come.” “Edgewood” dances (bass rhythm reminds 90s Kistenmacher) on a sort of tune from the middle ages bathing in symphonic waves. The only flaw is the occasionally overly bombastic character. “Sometimes It Is Not As Always” deserves the prize for the most catchy tune and it’s a great composition as well. I guess the more experimentally inclined Ozone Player fans will be disappointed, but not the synth aficionados, who will consume it voraciously.