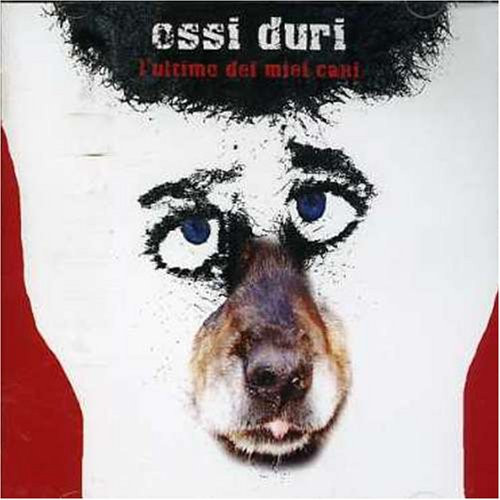 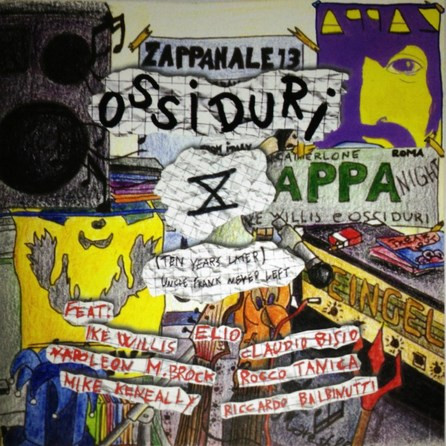 Ten years after his death – that’s what this “X” marks – one sees little decline in the interest in and dedication towards the music of Frank Zappa. The “X” also represents the tenth anniversary of Ossi Duri, an Italian band that has made something of a career of performing Zappa’s work in concert. This live album offers six pieces by Zappa, mixed in with five originals by the band. The blend isn’t always seamless, but the results are engaging enough. There’s some sizeable terrain between pieces like “Take Your Clothes off When You Dance” and “Florentine Goose.” Plainly trying to be more than a “tribute” album, X winds up in its own odd category. In the absence of that 60s social milieu – and missing the blatant sarcasm that Zappa managed to point at everything, including the music business – the bite of social satire that made so much of the early Mothers of Invention pieces so memorable is here felt more like some sort of nostalgia. Context aside, the compositional challenges Zappa offers both performer and listener leave a few big questions about performance once removed from the studio. Ossi Duri’s answer seems a practical one. By basing their performance on more guitar-centric arrangements X manages to offer some fine playing and some wit, along with somewhat self-consciously dispatched collage and spoken word passages sprinkled here and there – less gleefully perhaps than they ought to be. Like the following CD, the group eschews many subtleties of the music in exchange for force and seem to align their aesthetic behind the “Art is not a mirror, it is a hammer” banner. So, a few years on we are not so surprised to find the all-original L’Ultimo dei Miei Cani to be a big, brash, and brassy sounding line-up that sets a hectic and often heavy-handed pace. The music slams and bangs its way along without any pretense to finesse. The great slabs of melody and chunks of rhythm blow by with the sole interest of colliding, violently at times. While the traces of Zappa’s influence are found throughout, the record as a whole starts to tilt more and more to that sort of biggish-band Chicago-style sound. The pieces here are generally shorter, with emphasis on arrangements in favor of the fine points of composition and pretty well non-stop overtness: loud, up front, and unapologetic. The name of the band, after all, translates as the sort of people you’d imagine hanging out with Willie the Pimp: “Tough Guys.” No kidding!

Faust / NWW - Disconnected – 2007 has seen some interesting musical pairings of young and old. First there was Acid Mothers Temple and Mani Neumeier (Guru Guru) and now we have Faust and Steven Stapleton (Nurse with Wound)...  (2008) » Read more