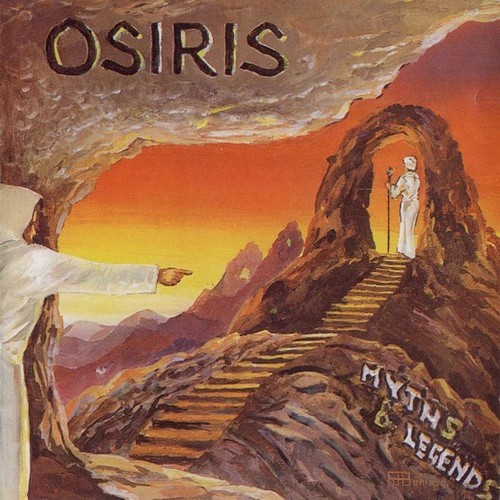 Bahrain is a small group of islands in the Persian Gulf. Of all the places one wouldn't expect as a source of progressive music, it has got to be near the top of the list. But think about it, it IS a former British colony, and is very influenced by European culture. That certainly shows in the music, if you played this for a group of friends who knew nothing about it, you could get away with telling them it was done by a Dutch or Swiss band, and they'd be none the wiser. There's no trace of Middle-Eastern influence, this is pure Euro-styled symphonic prog. Osiris are a six-piece band incorporating dual keyboards, so as you might guess this is very keyboard based. Each piece is profuse with pads of symphonic synthesizer polyphony. Leader Mohamed Al-Sadeqi drives the pieces with his riveting guitar leads. Overall, this might be likened to Camel, but it's really hard to compare them to anyone specifically. If they're to be faulted for anything, it's that their vocals tend to be somewhat anonymous, the lyrics weak, and the entire style rather shopworn. But lets face it, we don't always want something new and trailblazing, sometimes we just want well-made symphonic prog, and Osiris fits the bill more than adequately. It's pleasing to discover they are no mere novelty.