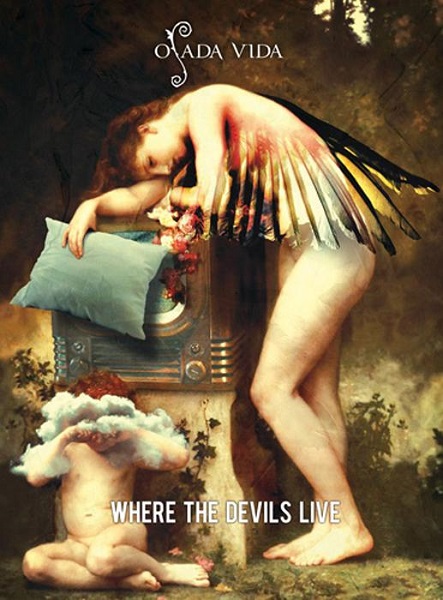 It’s about time that Poland’s own Osada Vida were given the Metal Mind Production treatment in a concert video from the Wyspianskiego Theater in Katowice. This 90-minute show from 2011 features material mostly drawn from their excellent albums The Body Parts Party (2008) and Uninvited Dreams (2009). Also included are a couple older tracks plus “Hard-Boiled Wonderland” from the then-unreleased Particles album. Of course, this was all before current lead singer Marek Majewski joined the band and bassist Łukasz Lisiak himself admits in the bonus interview that a big reason for the band’s instrumental leanings are due to his shortcomings as a singer. Still, he and the entire band (which also includes drummer Adam Podzimski and guitarist Bartek Bereska) are polished and deliver the music with aplomb and even a healthy sense of fun. Keyboard player Rafał Paluszek is especially a delight to watch as he navigates through a mind-bending series of sounds and technique that ranges from twiddly neo-prog to jazzy piano busking. Unfortunately, the editor has arranged the cuts by a stopwatch and the camera jumps around the stage by random decree it seems, and the addition of layered video effects and interstitials does little to enhance the performances on stage. To add insult to injury, the sound mix is noticeably flat and uneven. Hopefully Osada Vida’s rising status in the prog world will be rewarded with a bit more technical care the next time a video shoot rolls around. But for starters this one’s not bad.