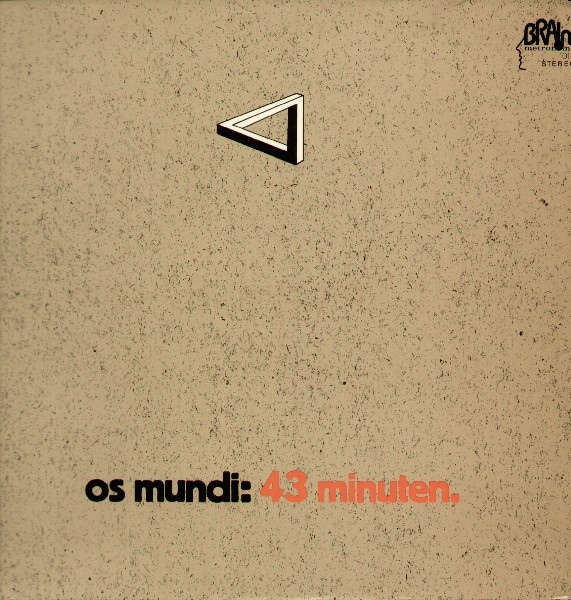 Os Mundi, Latin for “origin of the world,” was a 70s Berlin-based band that released only two albums, Latin Mass and 43 Minuten. Both of these Krautrock classics have been much sought after, and 43 Minuten is now accessible to a wider audience. Os Mundi played a mixture of jazz and psychedelic rock very similar to their contemporaries Xhol Caravan, but distinctly their own sound. The nine songs on this album total about 43 minutes, hence the album title. Legendary producer Conny Plank was responsible for this album, where every song was recorded in one take, warts and all. But the quality of the musicianship and the music is such that this approach is transparent. What we have is an extraordinary collection of instrumental jams and songs sung in English. Songs that stand out for me are “Missile,” “It’s All There,” “Isn’t It Beautiful 7/8,” and “But Reality Will Show” with its lyric quote from “Wild Mountain Thyme,” soaring violin, and vocal styling reminiscent of Nektar and Lava. We are so fortunate to have this classic album available today. It comes in a in a digipack with the original artwork and a 16-page booklet detailing the band’s history plus many photos. If you are a fan of the other bands mentioned in this review, Os Mundi is for you.