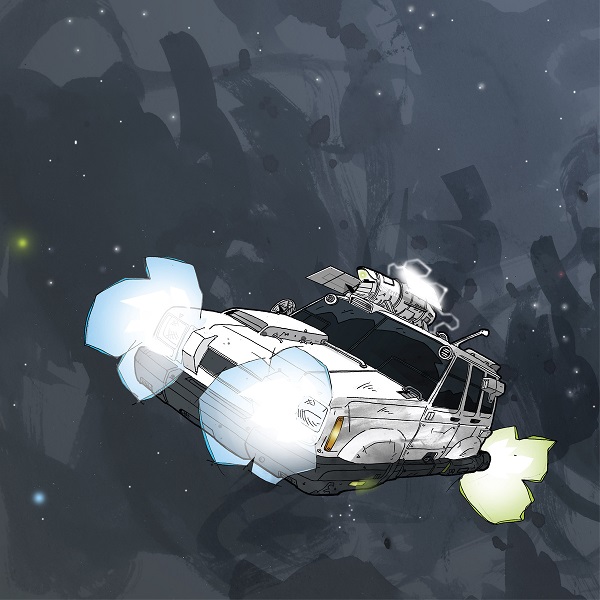 The diversity of Austin’s progressive rock scene continues to amaze me. No two of these bands sound similar. Opposite Day have been around for quite some time and on September 11, 2015 they release their sixth full-length album, Space Taste Race Part 2, the follow up to their Space Taste Race Part 1 EP released in 2012. Space Taste Race Part 2 is a concept album centered around Earth-based exploration of the Milky Way galaxy. But do not expect a cosmic music excursion like Klaus Schulze or Hawkwind. Instead the trio of Sam Arnold (guitars and lead vocals), Greg Yancey (bass and vocals), and Pat Kennedy (drums and percussion) churn out a sonic assault of bass-driven raucous dissonance flirting with RIO and art-rock. There are times that Opposite Day’s complex interactions and rhythms remind me of Present. And of course Greg’s excellent bass work draws immediate comparisons to Les Claypool and Primus. Over the course of 41 minutes, Opposite Day takes you through 15 songs. Unfortunately there is not a lot of diversity between most of the songs, after a while the bass riffing starts to wear thin. The song titles are quite intelligent. For example the opening song is “Drake Equation.” A little bit of research will show that the Drake Equation is a probabilistic argument for arriving at an estimate of the number of actively communicating civilizations in the Milky Way. The songs that drew my attention were the final five tracks: “The Revolution of the Soul Force,” “Airtight Chariot,” “Fictional Astrobiology,” “Tentacles Pull down the Sky,” and “Theia.” In my opinion, “Tentacles Pull down the Sky” is the best song on the disc. Sam plays some masterful guitar on this ballad that verges on glissando guitar. So, by all means, make an effort to explore the richness of Austin’s bands.