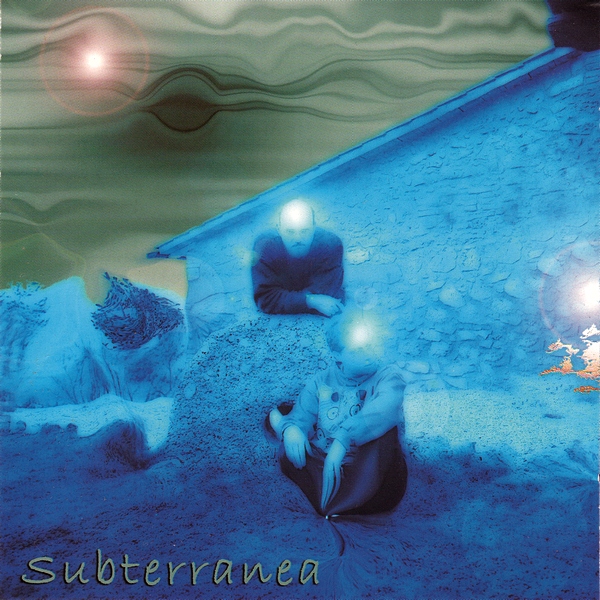 This collaboration between Oöphoi & Tau Ceti pre-dates their most recent, and was released on the Czech label Nextera along with reissues of his 2000 releases Mare Imbrium and Mare Tranquilitatis. Around the same time we’ve acquired copies of his Time Fragments Vol. 1-3 housed in metal boxes, Time Fragments Vol. 4-6 in special oversize photo CD sleeve packaging (released on other labels), and four early titles (Three Lights at The End of The World, Night Currents, Behind the wall of Sleep, and Upuaut) reissued on CDR. It is indeed times of plenty for fans of Oöphoi. That said, none of these are easy finds, but they are out there. On Subterranea, Tau Ceti handles synthesizers while Oöphoi plays the flutes, percussion, shells, stones and crystals, as well as synths and loops, and guest Klaus Wiese plays Tibetan singing bowls. The six tracks all flow together seamlessly into one organic whole, breathing and flowing in a shimmering and delicate ambient frost flow of sonic textures and muted tonal color, with occasional sharp elements (gongs, bells, tuned percussives) jumping out of the dense maelstrom and just as quickly disappearing again. This is deep space fare, turned inward and filtered through subconscious states like portals that open to the threshold of dreams. One can’t act or react; all thought processes just stop; one can only experience it as it overtakes all, and just let go. This is definitely music suited best for sleep or deep meditation.

David Torn / Mick Karn / Terry Bozzio - Polytown – David Torn (guitars, effects), Mick Karn (fretless bass) and Terry Bozzio (drums, percussion) have all been around the block, and this unlikely trio have released one of the years most interesting and...  (1994) » Read more