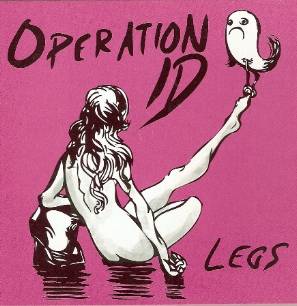 After seeing Operation ID on a bill with Moraine and Wah Wah Exit Wound in Seattle, I knew this band was something special, with a quirky and intelligent take on indie rock, too poppish for "math" but way more complex than your average indie darlings. Even still, I was not prepared for this CD. Throw Operation ID right up there at the top of the heap with Cheer-Accident in whatever kind of music is that you'd label that particular heap with. Labels aside, this is just amazing stuff. There are angular guitar lines (sometimes doubled by the sax) that carry a whiff of Fripp, there are interlocking vocal parts that give a hint of Gentle Giant, there are stop-and-start rhythms harking to Tortoise. And it's all messed around with a sense of humor. I particularly like the track "Different People's Perception of the Same Thing" where it starts with a complex guitar line and a melody on the sax, and then they trade places and the sax plays the backing line and the guitar takes the melody. Then they drift into a floating section with a synth part reminiscent of old console game music. Operation ID is staking out a unique corner of the Seattle scene for their eccentric take on progressive rock, taking listeners unawares with accessible sounds and then whacking them with sticks of complexity. Can't wait for their next full-length effort!