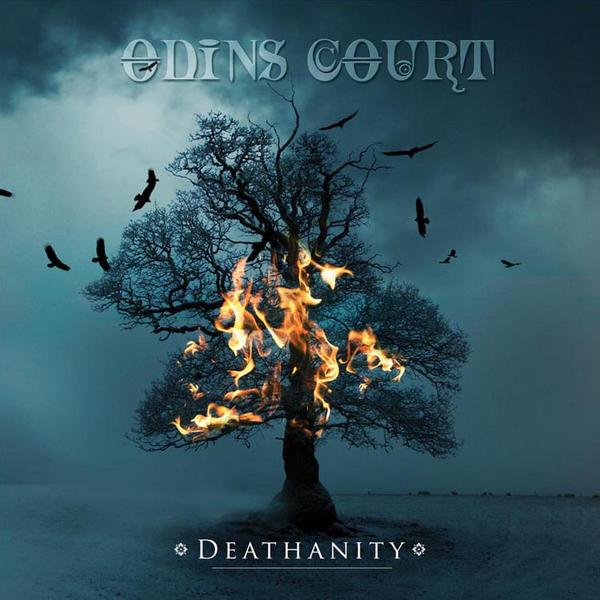 When this CD arrived in my mailbox, I had never heard of the band. They’re a Maryland group described as “progressive metal,” so I set my expectations accordingly (which means generally low, given how most prog metal sounds essentially the same). A glance through the track titles (not to mention the album title itself) showed a fondness for invented words that reminded me of The Mars Volta, so I figured there might be some creativity at work. The first track, “Terracide,” has very little about it that I would describe as prog metal, with tapes of crickets and voices, moody keyboards, and a melodic guitar part to start out. After more than a couple minutes, a chugging rhythm guitar shows up, but it’s a brief part that’s more start-and-stop than the typical pummelling metal style. A succession of different sections makes up the piece, with unusual bass playing, percolating bongo drums, and throbbing keyboards. It functions as a sort of overture to the album as a whole, presenting themes that will reappear later. The second track is “Volatilestial,” and it ventures into more typical metal territory, though for every section of chugging sixteenths on the guitars there’s a contrasting section based on piano or clean guitar sounds. A variety of singers appear, both male and female, presenting an epic tale of human beings trashing their home planet, and there’s almost no hint of harsh vocal tones. I can’t speak for the band’s other albums, but on this one I would say they’re a progressive rock band with some metal tendencies (not at all an unusual thing) rather than the other way around. It’s not as frenetic as The Mars Volta, but but in some ways less song-oriented than Porcupine Tree. By the way, the “R3” stands for “rerecorded, remixed, remastered,” which is apparently what has been recently done to the original 2008 version of this album. The “rerecorded” aspect refers to having the band’s current vocalist, Dimetrius LaFavors, redo the lead vocals on an album that predates his tenure. I’m in no position to compare with the earlier version, but for fans of progressive rock who aren’t averse to some touches of metal, this is a fine set of music.