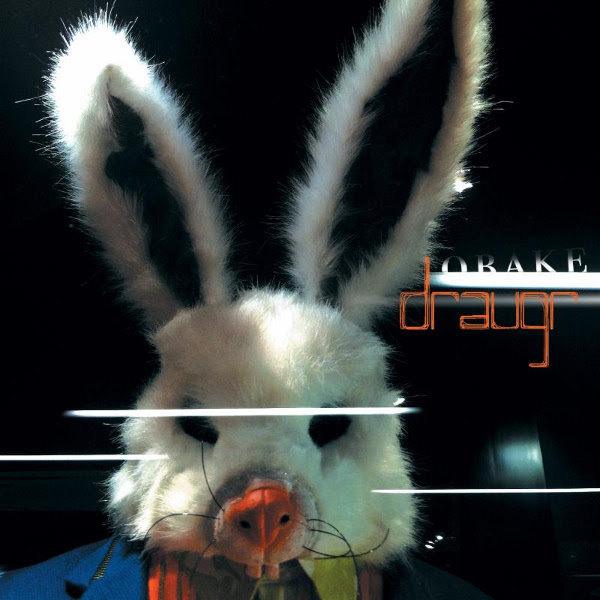 Somewhere in the stack of CDs I’ve got to review, this release from Obake must have fallen down a crack or something. So it’s catch-up time… This band is another project featuring singer Lorenzo Esposito Fornaseri, who also contributes keyboards and electronics, whom we’ve covered before with one of his other bands, O.R.k. In Obake, he works with O.R.k.-mate Coin Edwin (bass), Eraldo Bernocchi (guitar, electronics), and Jacopo Pierazzuoli (drums). As with O.R.k. the music is a sophisticated take on heavy rock, with Bernocchi’s guitars delving into massive drop-tuned riffs, often mangled by freakish effects. But there’s a lot more to this band than heaviness. If I had to label them, I’d go for “avant-metal,” but where Free Salamander Exhibit interrupts their heaviness with RIO-tinged chamber rock, Obake goes for electronics, both in the form of keyboards and processing. It’s almost like you took Porcupine Tree and cranked both the metal and electronics knobs higher, so the heavier parts are heavier and the electronics more intrusive. As with any music featuring Fornaseri, his voice is one of the most prominent elements, and he is a strong as ever here, clearly in the same league as the great singers in Italian rock history: Francesco di Giacomo, Alvaro Fella, Lino Vairetti, and so on. One thing that makes Obake so successful, aside from the obvious talents of the individual players, is their ability to forge a path of their own without making it into a rut. Some tracks revel in a slow, plodding intensity, others burst out with thrashing high-speed riffs; most songs feature powerful, heavily distorted electric guitar, others pursue a more subtle course with acoustic guitar and atmospheric electronics. Obake is recommended for people who like their riffs to rock hard but are tired of the same old metal that’s been around since at least the 80s, when 70s hard rock solidified into thousands of bands that sounded pretty much the same.