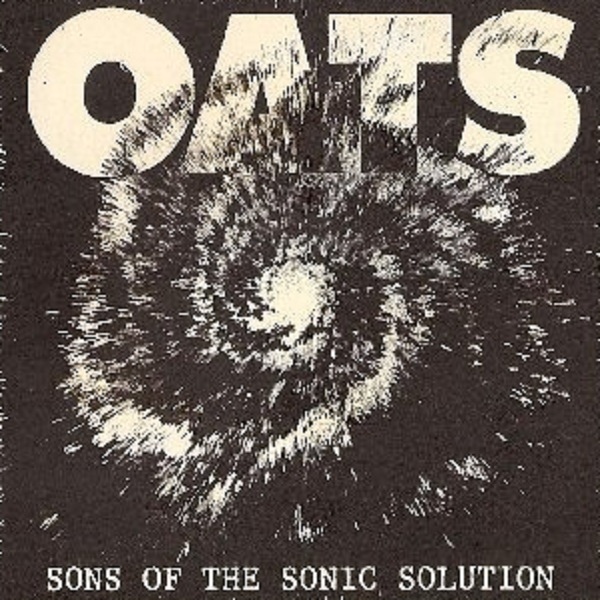 Sons of the Sonic Solution is 70 minutes of off-the-wall bizarre and eclectic alternative-styled music. There is a definite element of the low- budget grungy alternative ethos; wailing feedback guitars riffing through quirky songs glorifying everything from the mundane to the inane. Ween immediately comes to mind as a comparable band, with their incessant strangeness and juvenile absurdities. Yet there is also a subtle intelligence to this music that gives it an air of almost parody. A weaker comparison might be to the San Diego band Creedle, who inject a fair amount of variety and complexity into their zany, heavy-punk sound. Oats have a long way to go to catch up to Creedle though. The album is comprised of numerous short, simple, and heavy riff-based songs, and various sound bytes and other weirdness serve to introduce and link successive tunes. The music is light years away from challenging; but the strangeness and mild originality of the execution should find a few fans among those in search of another Ween.