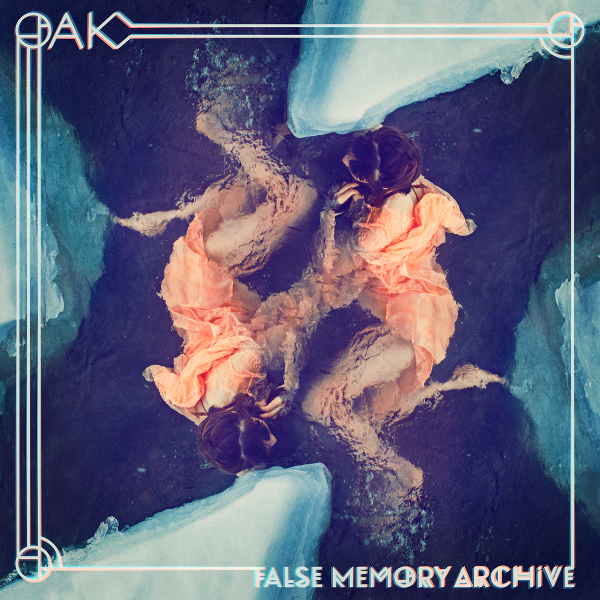 According to their biographical sketch, Oak started as a folk duo, and that background still provides a backdrop for the elaborate constructions of the current band on their second album. Behind the masses of keyboards, overdubbed guitars, and atmospheric production, there are songs that could be done on a couple of acoustic guitars and still be recognizable. False Memory Archive (aside from being a great title) is a sophisticated album with a sound in the same general area as Bjørn Riis (who appears as a guest on on track), Rhys Marsh, and other purveyors of intelligent rock music with progressive tendencies. Some of the highlights include the great vocal arrangements in “Lost Causes,” where several parts twine around each other, and the odd electronic noises incorporated into the drum part through much of “We, the Drowned.” Simen Valldal Johannessen handles all the vocals, both lead and backing as far as I can tell, as well as keyboards. His voice ranges from breathy to forceful tones, and he’s good at both, with a quality that doesn’t sound quite like anyone else. Stephan Hvinden plays guitar, though guests appear on several tracks as well; bassist Øystein Sootholtet contributes additional guitars and keyboards; and drummer Sigbjørn Reiakvam also gets keyboard credit. I’d hesitate to categorize Oak as progressive rock, though I can’t think of a concise label that really applies. Genre labels are unnecessary, however, so listeners should be able to just listen and enjoy what they hear. Fans of Gazpacho, Mandala, The Pineapple Thief, and others of a like sound should feel at home with Oak.

Legendary Pink Dots - Seconds Late for the Brighton Line – 2010 marks the 30th anniversary of this band as well as a major change to their lineup. Long time band member Niels van Hoorn departed because of the demands of constant touring, reducing the band to...  (2011) » Read more