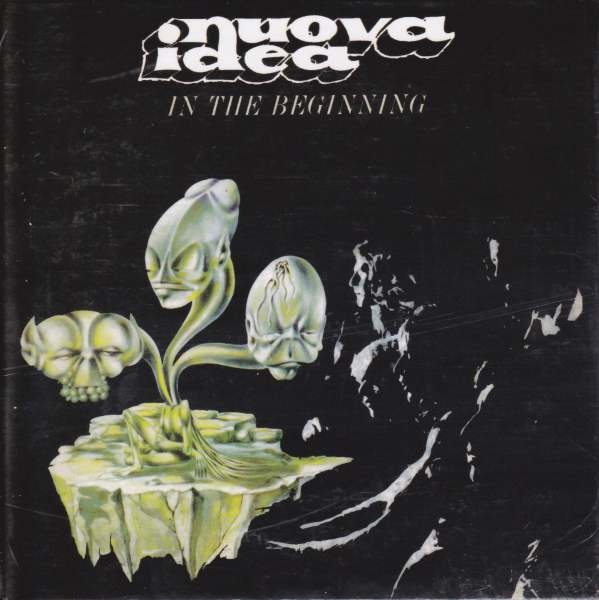 Nuova Idea are probably best known for being part of Italy's largest family tree, including the New Trolls and Osanna. Nuova Idea's Ricky Belloni (on Clowns) joined the New Trolls later in 1976, and keyboardist Giorgio Usai was on 1979's pop-styled Aldebaran. In other words, this was practically the peak of their career. Nuova Idea were actually very similar in style to the New Trolls of the early 70s, both in sound and evolution. Both began as psych/beat styled groups and evolved quickly like their contemporaries into a more progressive style by 1972. In the Beginning was a very mixed affair. Half of the album, the 20 minute (about 17 without the drum solo) "Come, Come, Come" is a solid heavy rock effort, very similar to Flea. There are obvious influences of Led Zeppelin, Deep Purple, Uriah Heep, and Vanilla Fudge. The second half is four very pop/psych styled single tracks with a slight Motown feel in the vocals; they're very ordinary. The later Nuova Idea albums Mr. E. Jones (1972) and Clowns (1973) show a quick change to a more progressive style.