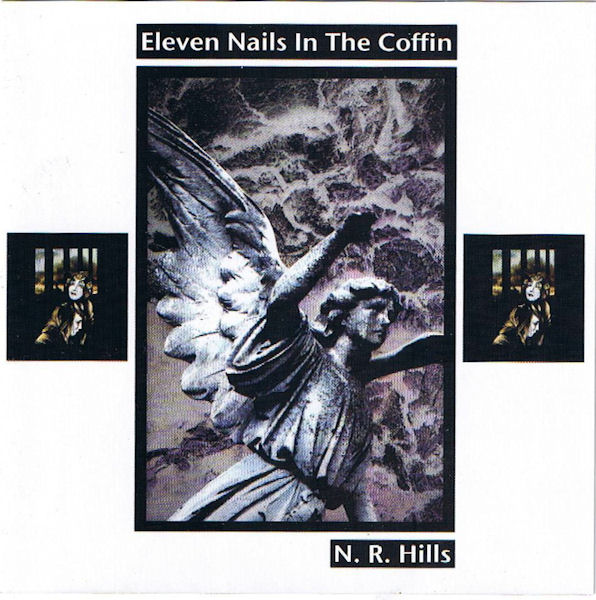 These pieces originally appeared on English composer and musician N.R. Hill’s first three (now deleted) albums: Romeo & the Beast, Nails, and The Triumph of Death. With this compilation he makes available his early work to those who might be curious after hearing one of his more recent albums. Most of these tracks feature vintage electronic keyboards such as ARP synths and Solinas, the kind of thing people like Vangelis, Kraftwerk, and Tangerine Dream were using in the 70s, though these recordings are not nearly that old. Hills has been enamored with the sound of these electronic and progressive pioneers and on his early albums set out to carve out a niche for himself. He possesses a keen feel for exotic textures and cultural music from South East Asia, extending well beyond the cliché motifs and scalar ideas one associates with Asian music. One can hear Tibetan, Thai, and Indonesian influences in Hill’s melodies and – in particular – the percussion. Even though they are largely synthetic and electronic, the bells, chimes, gongs, cymbals, and hand drums are arranged and built into the songs with convincingly effective results. I’m reminded of Jon Anderson’s lost solo album The Sky and His Shadow, plus the pioneering electronica of Eno and Tangerine Dream. A more modern reference might be early Karda Estra, though the feel of this material isn’t as gothic. Hills has much to offer and for those who enjoy aural journeys into exotic realms you owe it to yourself to check this out.